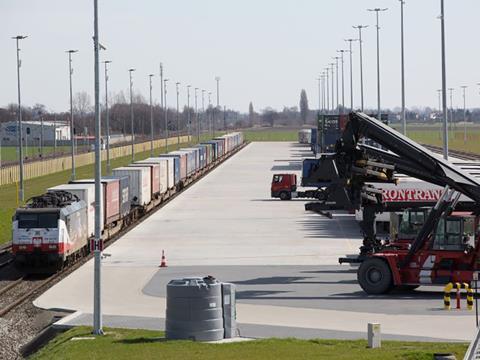 EUROPE: Polish freight terminal operator CLIP and Luxembourg’s CFL Multimodal are to launch a ‘rail motorway’ service between Swarzędz near Poznań and Bettembourg-Dudelange by end of this year.

There will initially be four round trips per week, each with a capacity of 37 intermodal units. The Lohr piggyback system will be used to transport non-craneable unaccompanied lorry trailers, while the service will also carry containers and craneable semi-trailers.

The CLIP terminal in Swarzędz is to be equipped with the Lohr loading equipment, which is already in place at Bettembourg-Dudelange where it is used by similar services to destinations including Lyon, Le Boulou and Barcelona.

‘Our objective is to connect the Bettembourg-Dudelange terminal with major economic centres in Europe’, said Fraenz Benoy, Managing Director of CFL Multimodal, when the plans were announced at the Transport Logistic trade fair on June 5. ‘This new regular rail motorway allows us both to expand our intermodal service offering to central Europe and to address the non-craneable trailers market.’