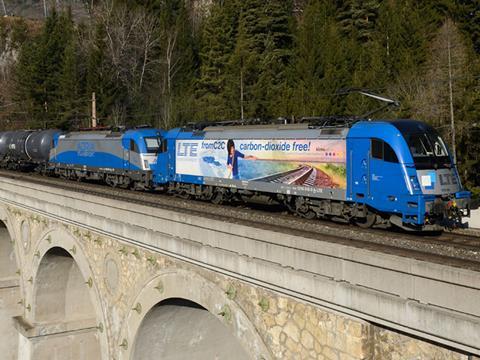 EUROPE: International logistics group Rhenus announced on July 2 that it had signed an agreement to acquire a 50% stake in LTE Logistik- und Transport from Graz-Köflacher Bahn & Busbetrieb, subject to European regulatory approval.

GKB’s sale of the 50% stake in the rail freight operator will meet a requirement imposed by the Austrian federal competition authority when the local transport company had acquired shares in LTE previously held by Porr, giving it full ownership.

LTE is approved to operate in Austria, Hungary, Slovakia, the Czech Republic, Romania, Poland and the Netherlands. It has around 220 employees in nine countries, 32 locomotives and ‘a large number’ of wagons. Last year it carried 6 million tonnes of freight, generating sales of €70m.

‘We’re expecting our holding in LTE to increase our market opportunities in the European rail transport business,’ said Thomas Maassen of Rhenus Rail. ‘The products offered by Rhenus will become more diverse and more efficient, and the level of coverage on the continent will improve to a considerable degree.’

GKB Chief Executive Franz Weintögl said the deal would give LTE access to lucrative markets in the Rhein-Ruhr and Benelux regions.