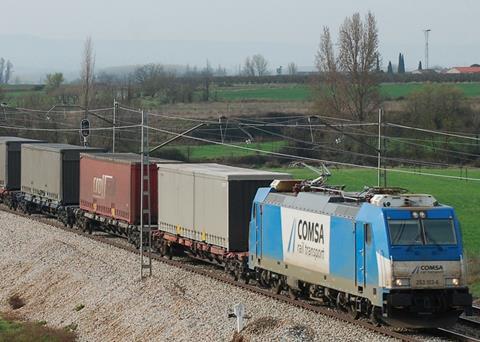 The transaction is subject to European regulatory approval. Financial terms were not disclosed, but a representative of Geodis would sit on the CRT board.

CRT and Geodis have also signed a partnership to encourage the development of rail freight between France, central Europe and the Iberian Peninsula, taking advantage of the growing standard gauge network in Spain, including the planned Mediterranean Corridor.

SNCF Geodis's 'rail motorway' piggyback business VIIA is considering the feasibility of extending its service which run between Bettembourg in Luxembourg and Le Boulou in France into Spain.