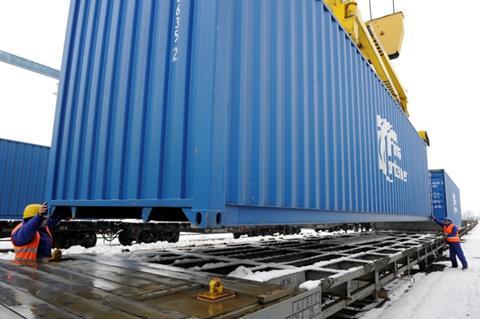 RUSSIA: An express container train service taking just seven days to cover the 9 450 km between the far east port of Nakhodka and Moscow has been launched by Russian Railways, its TransContainer subsidiary and Global Ports Group’s Vostochnaya Stevedoring Co.

The first 71-wagon express train was despatched from Nakhodka Vostochnaya on May 1, arriving at Moscow Tovarnaya-Paveletskaya on May 8. The service runs twice a week, departing on Wednesdays and Fridays, and does not call at intermediate terminals.