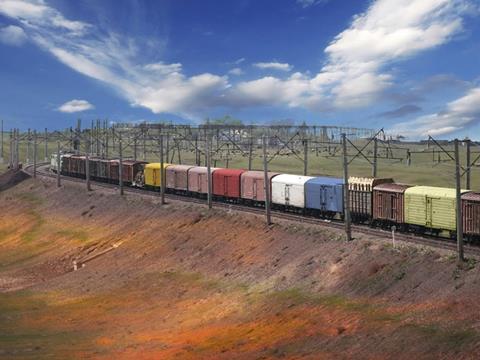 INTERNATIONAL: A joint declaration expressing willingness to create a common legal regime for rail traffic across Asia and Europe was signed by 37 countries at a ministerial meeting in Genève on February 26.

The aim is to establish 'a unified set of transparent and predictable' legal conditions for international rail freight transport 'from the Atlantic to the Pacific', equivalent to the regimes for competing road, air and water transport.

The planned general conditions of transport for Euro-Asian rail transport, known as GTC EurAsia, would include a common consignment note and 'to the extent possible' a single liability regime.

Recognising the progress made by OTIF, OSJD and the International Rail Transport Committee towards the development of a common consignment note, the ministers said 'further steps should be taken to facilitate the conclusion of Euro-Asian rail transport contracts.'

Operators, associations and other stakeholders have been invited to co-operate in the development of GTC EurAsia, which is supported by the United Nations Economic Commission for Europe.