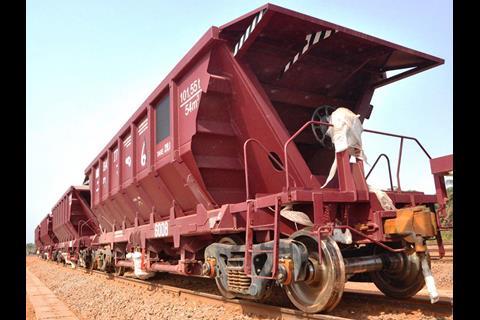 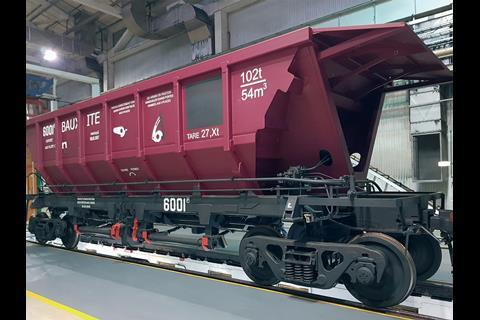 GUINEA: United Wagon Co’s TikhvinSpetsMash plant has shipped the first of 114 hopper wagons ordered by aluminium producer Rusal following an international tender. The wagons will be used to transport bauxite from the Dian-Dian deposit in the Boké region.

The 1 435 mm gauge hopper wagon designed by UWC’s All-Union Research & Development Centre for Transportation Technology complies with Association of American Railroads dimensions and bogie, coupler and braking equipment standards. It has also been designed to cope with abrasive and corrosive wear in Guinea’s tropical climate.

The wagons have a capacity of 101·5 tonnes or 54 m3 with an axleload of 32·5 tonnes. UWC said the system of quick drop unloading through two 5·5 m hatches on each side of the wagon was ‘fundamentally distinct’ from competing designs.

Manufacturers from Russia, North America, China, South Africa and Ukraine had competed for the contract, according to Maxim Kuzemchenko, Deputy CEO, Business Development at UWC. ‘Despite the harsh competition, we came up with the best bid and won the tender. I am positive that our manufacturing competences and world-class technologies will help UWC to further build up its presence in the global market.’