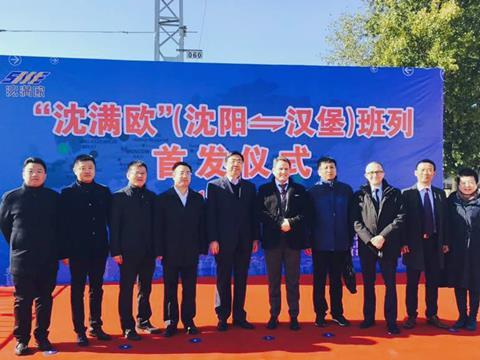 FELB has operated an eastbound service since 2008, carrying BMW automotive parts from Germany to Shenyang.

The new westbound service has been launched in co-operation with the Shenyang provincial government, and is intended to carry goods from northern China and South Korea. FELB aims to offer the flexibility to serve terminals in Leipzig, Duisburg and Warszawa as well as Hamburg, and a connection to Bratislava is planned for the future.

The 11 100 km route crosses the China-Russian border at Manzhouli/Zabaykalsk then takes the Trans-Siberian line through Russia, crossing from Belarus to Poland at Brest. FELB says this route is ‘acknowledged to be the most reliable one on the market’.

The operator expects to reduce the current 16-day transit time to 12 days during 2016, competing with its own Suzhou – Europe route which offers a 14 day journey time. A second weekly departure is also planned.