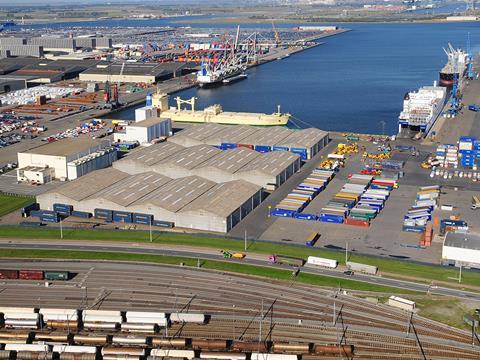 The Antwerpen port authority has invited proposals for new or improved intermodal rail connections to the Rhein, Ruhr and Main areas of Germany. Support of up to €200 000 is available over three years for projects which would attract new traffic to the port or transfer existing traffic from road to rail.

Kansas City Southern Railway has opened a multi-commodity transload terminal in Dallas, Texas, which is to be operated by Watco Transloading from October 17. The facility is on the site of the Zacha intermodal terminal, which had been replaced by a new intermodal facility in Wylie.

AGL Macquarie has awarded Aurizon a contract to haul 8·7 million tonnes of coal per annum from the Wilpinjong and Mangoola mines in the Hunter Valley in New South Wales to the Bayswater and Liddell power stations from July 2017 until December 2025, and to manage the Antiene and Newdell coal unloading facilities.

On October 5 the board of CSX Corp approved a $0·18 per share quarterly dividend on the company's common stock.

The American Short Line & Regional Railroad Association has welcomed the news that the bi-cameral Building Rail Access for Customers & the Economy Act has achieved a majority in the US Senate and House of Representatives, saying it would provide long-term certainty for small operators and suppliers. The act continues a $0·50 tax credit for each $1 that short lines spend on track rehabilitation and maintenance up to $3 500 per mile ($2 188 per km).