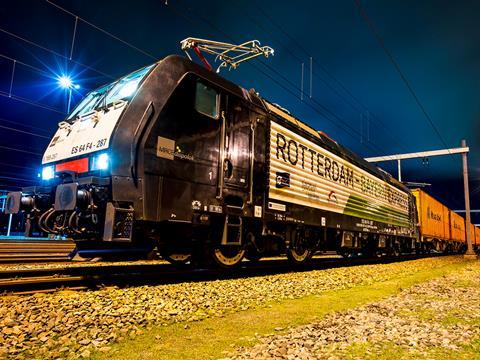 TX Logistik has created a department to offer short-notice spot transport, initially focusing on the block train market. The company said container ships are becoming larger and have to be handled at short notice, while a period of low water in the River Rhine had also created demand for rail transport. 'Often a spot business develops into a regular business', said Christian Runkel who heads the new department.

Canadian Pacific has launched a campaign seeking to be able to use video and voice recorders in locomotive cabs ‘to proactively improve safety’. Current Canadian regulations allow inward-facing cameras to be used only by the Transportation Safety Board for post-incident investigation. ‘This is a preventative, proactive, behaviour-changing tool the industry should have been allowed to use years ago’, said President & CEO Keith Creel on February 15. Opponents have expressed concerns over privacy and the use of recordings for disciplinary purposes.

Bashneft of Russia has awarded a contract for the transport of 11 million tonnes of petroleum products to Transoil, which will lease 7 800 tank wagons from SG-Trans which held the previous transport contract.

On February 6 Pakistan Railways rolled out the first batch of 20 hopper wagons assembled locally using components supplied by CRRC Shandong under a contract signed in early 2016 which covers total of 1 405 vehicles.