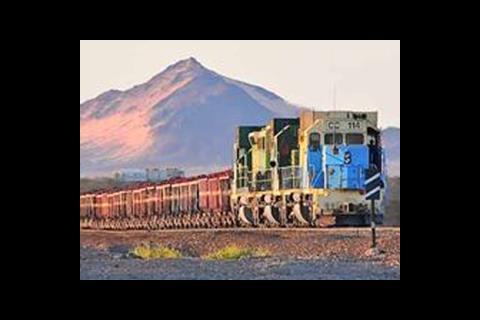 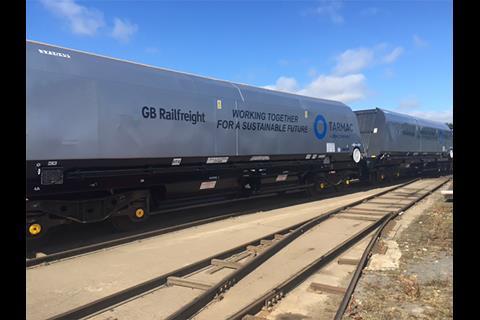 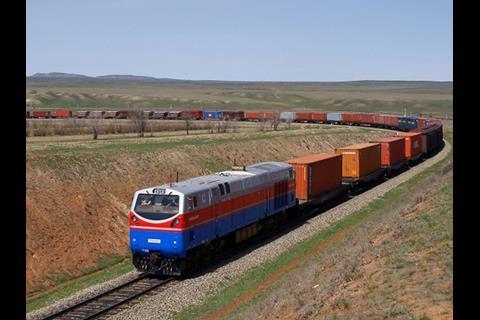 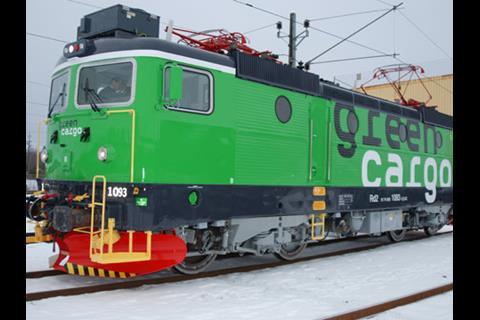 Ukrainian national railway UZ and Polish broad gauge line operator PKP LHS have agreed a 1bn hryvna joint project to electrify the 80 km route from Kovel in Ukraine to the border in 2018-19. According to UZ figures 90% of rail freight between Ukraine and Poland uses the route, and electrification would reduce operating costs, raise the maximum speed to 90 km/h for freight and 140 km for passengers trains, and increase capacity from eight to 18 pairs of trains per day.

GB Railfreight has completed the conversion of 49 coal wagons to carry aggregates by removing the middle section to make them an appropriate length for aggregate use whilst retaining the 102 tonne maximum gross laden weight. The wagons are being used on trains from Tarmac's Arcow and Swinden quarries to Bredbury, Agecroft and Leeds under a five-year contract.

Steelmaker Voestalpine has awarded Rail Cargo Group a new long-term contract to transport 8·6 million tonnes of raw materials and finished products per year to and from its Linz and Leoben/Donawitz plants. A significant expansion of the previous contract, it includes modal shift from road to rail. RCG said it would collaborate with Voestalpine on wagon design and the development of new industrial standards for the rail sector.

Russia‘s Freight One has bought 200 AZTM Type 11-1807-01 vans from Baltinvest and Bank NEVA-INVEST for 380m roubles. They will be used to carry paper, cellulose, non-ferrous metals and consumer goods.

Ovako has extended for a further three years a contract for Green Cargo to operate five round trips per week carrying steel in one direction and scrap in the other between Hofors and Hällefors and between Smedjebacken and Boxholm. ‘Together with Ovako, we have created a new concept for load beds so the wagons are better adapted to Ovako’s needs’, said Green Cargo Key Account Manager Bengt-Åke Johansson.

On April 13 head of Kazakh national railway KTZ Kanat Alpysbaev and General Director of China Railway Corp Lu Dongfu met to discuss the prospects for developing cross-border traffic in support of their respective counties’ Nurly Zhol and One Belt, One Road initiatives. Traffic between the countries grew 17% year-on-year to more than 8 million tonnes in 2016, with more than 10 million tonnes expected this year.