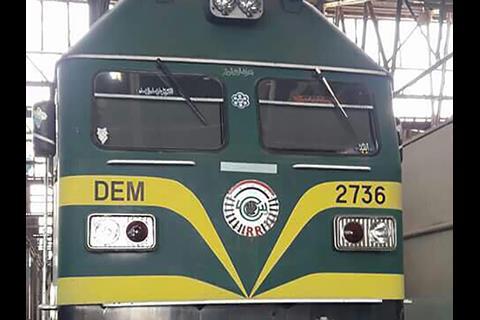 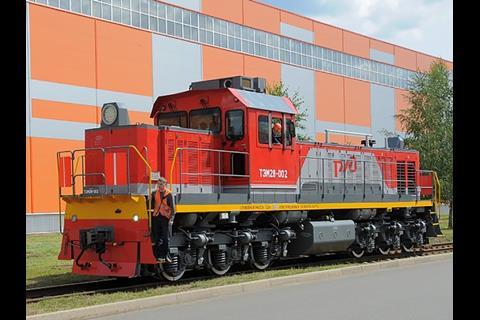 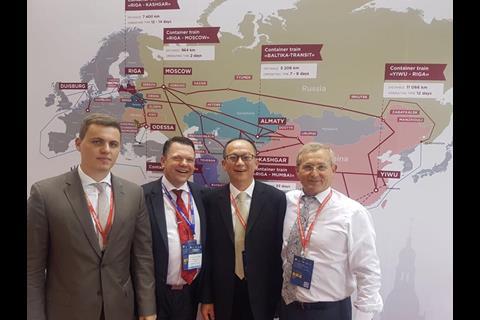 TMH Bryansk has completed acceptance testing of a prototype TEM28 six-axle heavy shunting locomotive. The modular design is expected to increase haulage capacity by 50% and reduce fuel consumption by 25%.

State-owned freight operator Trenes Argentinos Cargas has signed a two-year contract with oil and petrochemicals company YPF for the supply of diesel fuel and lubricants, expected to produce savings of 85m pesos. YPF is to upgrade eight fuelling points on the Belgrano and San Martín networks, and install six new lubricant tanks for locomotives now being delivered from China.

Iraq’s national railway has signed a contract to operate 15 oil trains per month.

Latvia’s LDz Loģistika and German logistics company RTSB have agreed to co-operate to transport containers from China to Scandinavia and the UK via the Port of Riga. ‘Container transport is a rapidly developing segment of the market, with the growing role of overland transport by rail’, said LDz Loģistika Chairman Verners Lūsis. ‘The co-operation agreements with RTSB and DHL Global Forwarding signed this summer will provide Latvia with the opportunity to not only participate in existing routes, but jointly develop new routes.’

EVRAZ NTMK has awarded SinaraPromTrans a three-year transport services contract, and transferred to the contractor 79 diesel shunting locomotives as well as operating staff.

Federal Freight Co has selected UVZ as its partner for the development of piggyback services in Russia. UVZ’s Ural Railcar-Building Design Office will develop a four-axle 23·5 tonne axleload piggyback wagon and a loading platform over the next 16 months, and orders for around 1 300 wagons are envisaged. The first trials are expected to take place between Moscow and Novosibirsk from late 2018. This follows trials from Moscow to Novosibirsk and Yekaterinburg undertaken in November 2016.

The UK’s Rail Freight Group has welcomed the requirement in the Scottish Ministers’ High Level Output Specification for Network Rail Scotland to take all reasonable steps to facilitate growth of 7·5% in freight traffic carried on the Scotland route over Control Period 6 from April 1 2019 to March 31 2024. The HLOS includes a target of improving the average speed of freight trains by at least 10% and improving punctuality to 94·5%.

Four Ashes Ltd is undertaking public consultation until August 30 on its plans to develop a rail freight interchange on a 297 ha site in south Staffordshire near to Junction 12 of the M6 motorway and adjacent to the West Coast Main Line.

With effect from July 28, the UK has withdrawn its reservation against application of Appendix E to the Convention Concerning International Carriage by Rail, which covers the contract of use of infrastructure in international traffic. The OTIF secretariat welcomed the withdrawal, which harmonises application of the uniform rules of COTIF across all member states.

Kazakhstan’s national railway KTZ reports that 5 million tonnes of rail freight travelled between China and Kazakhstan in the first six months of 2017, up 26% on the same period last year. A total of 499 container trains used the Dostyk border crossing, and 221 the Korgas crossing. Traffic in the second half the year is expected to be 5·7 million tonnes.