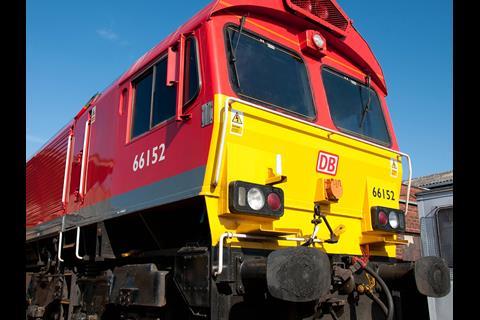 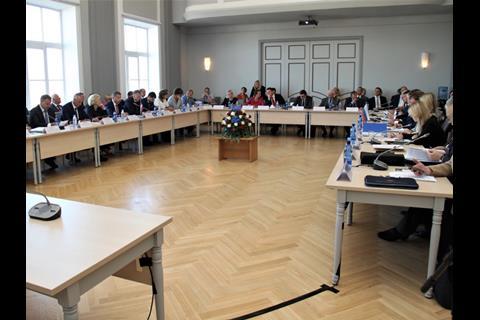 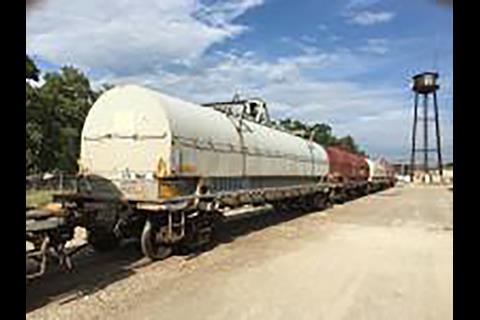 Nordic Investment Bank and Latvian Railways have agreed a €22·8m 12-year loan to finance an ongoing project for LDz Ritošā Sastāva Serviss to rebuild 14 twin-section 2M62Us locomotives into Type 2M62UM locos. The replacement of the engines, electrical systems and most above-floor components is expected to extend their lifetime by 30 years and comply with EU Stage IIIA emissions standards.

Dolomite producer Dolomitas AB has awarded Lithuanian Railways a multi-year contract for the provision of freight services including warehousing at Kaunas and Marijampolė.

DB Cargo UK has awarded Pickersgill-Kaye a contract to supply new cab door locks for its Class 66 locomotives. ‘We have modified our standard product to the customer’s specification for retrofitting‘, said Andy Hewitt, Pickersgill-Kaye’s Rail Products Sales Manager. ‘We produce a perfect fitting lock that will last for its design life of at least 30 years.’

JSW Steel and India’s South Western Railway have agreed a three-year deal for the transport of freight to and from three steel plants. Inbound traffic will include limestone, dolomite, steel angle, bentonite, quartz and clinker, with outward traffic including steel, slag and cement.

Russia's State Transport Leasing Co has awarded B-VRZ a 2·8bn rouble contract to supply 1 000 Type 19-9950 covered hoppers will have a capacity of 105 m3 or 70·5 tonnes for transporting low density products.

Meeting for the first time in four years, the Latvian–Russian intergovernmental commission has agreed to promote the use of rail to transport containers from China to Latvia via Russia. A contract for direct international transport is to be signed by the end of the year. ‘One of the priorities of the Latvian transport sector is the development of the Eurasian transport corridors and attracting new cargo to the transit corridor via Latvia’, said Latvian Minister of Transport Uldis Augulis. ‘We look at any new partnership in the context of the entire region. Therefore, co-operation between Latvia and Asian countries goes hand in hand with co-operation between Latvia and other countries involved in the transit corridor, including Russia.’

Launceston City Council's has approved Toll Group's plans for a A$20m transport hub which would increase the company‘s use of Tasmania's rail network. ‘Since TasRail recommenced rail services to Toll's Launceston facility in March 2012, more than 60 000 containers have moved through that facility on rail’, said TasRail CEO Damien White on August 23. ‘TasRail congratulates the Toll Group on its vision and commitment to the new transport hub and we look forward to working with Toll Group and the wider northern Tasmanian community on this much-needed economic boost for our region.’

Sri Lanka Railways has signed an agreement to transport 15 000 tonnes of flour per month on behalf of Prima, generating revenue of Rs11m per month.