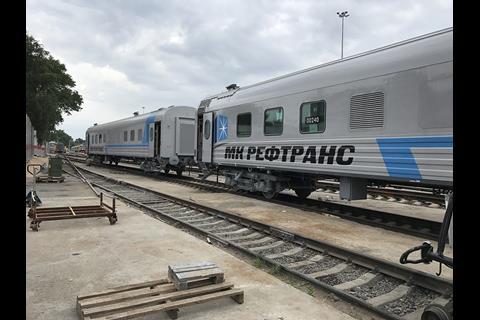 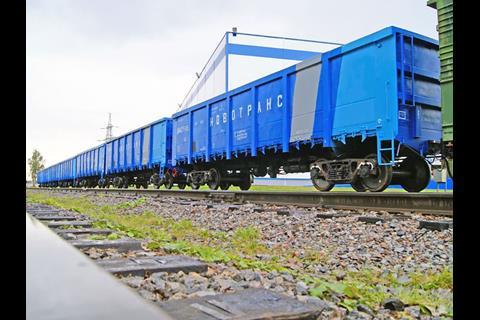 MK Reftrans has bought four power cars, along with flat wagons and refrigerated containers for the planned launch of a service carrying frozen fish from Vladivostok to Moscow and perishable goods in the other direction. The first delivery of 40 containers is planned for this month, with a transit time of 11 days.

Poczta Polska and China Post Group have signed an initial six-month agreement for the delivery of containerised post and parcels from China to 30 countries in Europe via Małaszewicze in Poland, where sorting would be undertaken.

The multisystem variant of Siemens' Vectron electric locomotive received certification for operation in the Netherlands on September 21, the 18th country for which the type is approved.

Polish construction company ZUE has awarded Bulgaria‘s Kolowag a contract to supply 40 Smmps flat wagons, which will be used to deliver sleepers to work sites from early 2018.

GB Railfreight has begun moving ash from Cottam Power Stations in Nottinghamshire to the HH Celcon brick works at Borough Green in Kent under a 12-month contract awarded by aggregates and concrete company J Clubb Ltd.

A 14 km rail link from Armavir railway station to the Arshaluys nuclear power plant has been reinstated by Armenia’s South Caucasus Railway after six years out of use.
The American Short Line & Regional Railroad Association has added Elavon’s secure payment processing platform to its member discount programme.
Gaspol has begun work on a 50m złoty natural gas terminal in Pawłowice, close to PKP LHS broad gauge line which wiul be used to import LNG by rail from Kazakhstan.