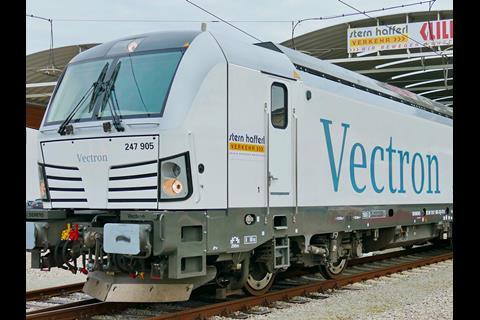 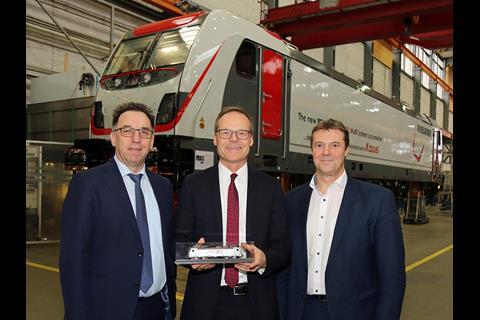 On December 14 TX Logistik signed a firm order for Bombardier Transportation to supply 40 Traxx MS3 multi-system locomotives for use on Italy – Switzerland – Germany services from mid-2019. Bombardier is to maintain them for 15 years, and there is an option for up to 25 more locos. The order has been placed within a framework agreement for up to 125 locos which TX Logistik's parent company Mercitalia had announced on November 14.

Bauxite mining and processing consortium SMB-Winning is to undertake feasibility studies next year for the construction of an alumina refinery at Dapilon in Guinea, along with a railway to connect it with mines and a river port. The US$3bn project is scheduled for completion in 2022.

Italian infrastructure manager RFI and Interbrennero have agreed to upgrade the Trento Roncafort rolling motorway terminal serving the Brenner route. This will include two additional tracks, where the overhead electrification could be isolated during the loading and unloading of lorries.

Azerbaijan Railways, Rail Cargo Group and TCDD of Turkey have signed memorandum of understanding for co-operation on international freight corridors.

EBRD is considering providing Tajikistan’s national railway ROT with a US$26m loan to support a US$109m fleet renewal programme which would include the replacement of more than 2 000 wagons and 40 diesel locomotives.

Modifications have been made to the Betuwe Route to enable the Meteren – Elst section of the dedicated freight line in the Netherlands to be used by passenger services while engineering works are underway on the Utrecht – Arnhem route.

Grupa Azoty has appointed Grupa Azoty Koltar to take over operation of sidings at its Kędzierzyn-Koźle and Puławy plants in Poland from January, replacing CTL Logistics.