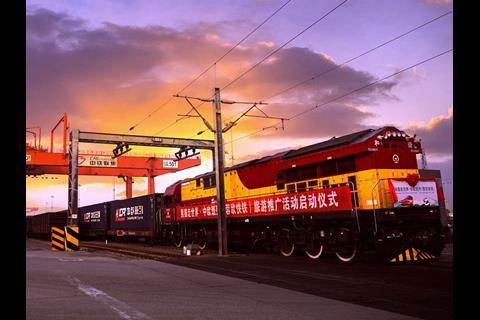 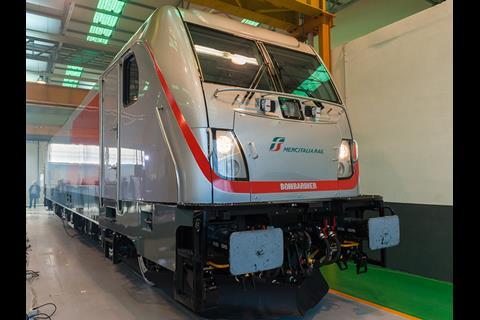 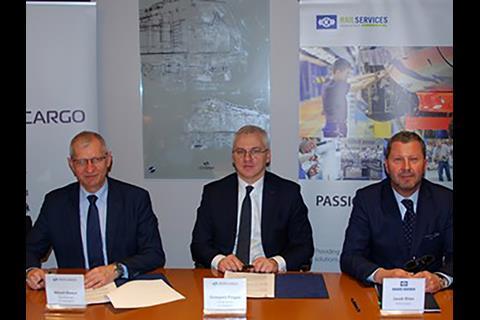 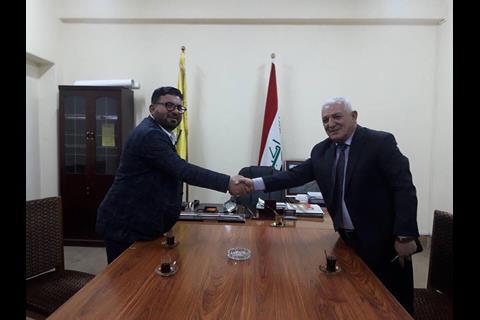 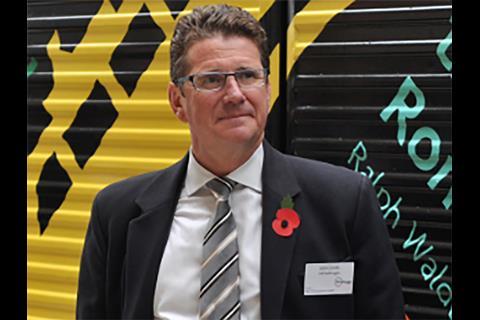 Finland's first open access operator Fenniarail quadrupled its contracted freight volumes with the start on January 4 of a contract to haul 30 000 wagonloads/year of imported birch from the Russian border at Vainikkala to UPM's mills at Kaukaa and Kymi. UPM is the first pulp and paper maker to switch its traffic from state-owned VR to Fenniarail.

Bombardier Transportation announced on December 21 that Mercitalia Rail had signed a firm order for 40 Traxx DC3 locomotives to be delivered from Q4 2018, and for 16 years of maintenance to be carried out by Bombardier Transportation Italy's Services division. There are options for up to 20 more locos and an additional eight years of maintenance. The order was placed within a framework agreement for 125 locos which Mercitalia and its TX Logistik subsidiary announced on November 14.

PKP Cargo has awarded Knorr-Bremse subsidiary Icer Rail a contract to supply LL-type IB116* composite brake blocks in 2017-20 to enable 10 000 wagons to be adapted to meet future TSI requirements and reduce noise. The EU's Connecting Europe Facility is covering around 20% of the cost.

GB Railfreight Managing Director John Smith has been appointed as CEO of parent company Hector Rail Group with effect from January 8, succeeding Joakim Landholm who announced last year that he would step down. ‘With a solid background of developing and growing companies, John Smith has full insight of the challenges and opportunities that Hector Rail Group currently faces’, said Hector Rail Chairman Bo Lerenius. ‘The board is confident that John’s clear customer perspective and strong leadership will drive Hector Rail Group to become the leading independent pan-European rail freight operator.’

The governments of Canada and Ontario are each providing C$65 000 to fund the Peterborough-Toronto Freight Rail Analysis project to define freight infrastructure requirements and outline the economic impact of potential future freight capacity improvements along the Peterborough – Toronto – Havelock – Blue Mountain rail corridor.

At the end of December, Iraq’s national railway signed a one-year contract to transport oil for export through the port of Um Qasr.

Source Energy Services has expanded its terminal in Fox Creek, Alberta, to handle block trains of frac sand for the Montney and Duvernay basins.

More than 600 people have registered for the 250th meeting of the Midwest Association of Rail Shippers which is to be held in Lombard, Illinois, on January 16-18. The theme is Can Rail Pick Up Transportation Capacity Shortfall? ‘Shippers are seeing a capacity crunch in the trucking industry’, said MARS President Michael Barth on January 3. ‘During our Winter Meeting, we will be reviewing how our members are poised to fill the freight shipping gaps, and discuss the challenges we will face in doing so.’

Tauron has awarded PKP Cargo a 227m złoty two-year contract to haul up to 11 million tonnes of coal in 2018-19. PKP Cargo has operated the trains since 2012, and transported 8·5 million tonnes under the previous two-year deal.