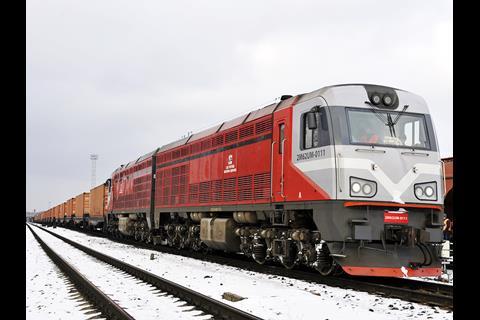 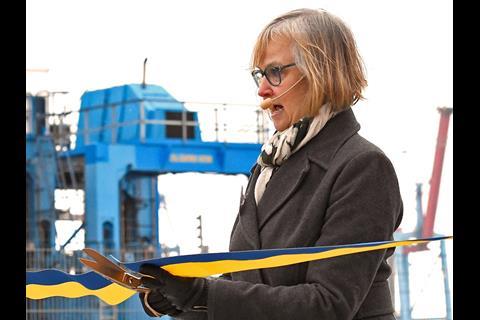 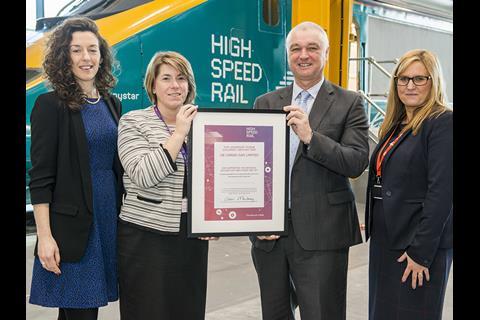 In co-operation with TurkRail, Hupac has launched a twice-weekly shuttle connection carrying tanks, swap-bodies and containers between Rotterdam, Duisburg and Istanbul Halkali with as transit time of one week.

The 65 000 m2 Arken Combi Terminal at the Port of Göteborg was officially opened on February 7, enabling freight to be transferred between road, rail and sea at the quayside and removing the need for more than 100 lorries a day to pass through the city centre to reach the former Gullbergsvass site. There are currently seven trains per day, and the number is expected to increase.

Ukrainian Railways’ own workshops produced 2 604 open wagons in 2017. Plans for 2018 envisage the production of 3 600 open wagons in-house and the purchase of 3 450 from outside suppliers; 3 000 would be available for lease.

The American Short Line & Regional Railroad Association has welcomed the extension of the Railroad Track Maintenance 45G tax credit retroactively from December 31 2017 as part of the Bipartisan Budget Act of 2018 signed into law by President Trump. Under the terms of the credit a short line must invest $1 for every $0·50 in credit, up to a credit cap equivalent to $3 500 per mile (1·6 km) of track.

FELB’s first Budapest – Changsa service departed on February 8, with an expected 18-day journey time via Slovakia and Ukraine. Weekly eastbound services are planned from March 8, joining the weekly westbound service launched last year. FELB said it plans to establish Budapest as one of its main traffic hubs for central Europe.

DB Cargo UK has presented the National College for High Speed Rail’s Doncaster site with a pantograph which will be used for training. ‘While the college has an important role to play in supporting the development of High Speed 2, the state-of-the-art training and opportunities being offered here in Doncaster will be relevant to drivers, engineers and ground-staff across the entire UK rail network’, said the freight operator’s Chief Executive Hans-Georg Werner on February 5.

An inaugural express freight train linking Riga and Minsk in 28 h ran on February 5, following a trip in the other direction during January. The eastbound train comprised 13 grain wagons, three wagons carrying metal products, and 21 40 ft containers being delivered from India via Latvia in co-operation with RTSB and Belintertrans. ‘The long-term goal is to ensure a regular flow of cargo on this route, whose future potential will increase with the development of the Chinese-Belarusian industrial park The Great Stone’, said LDz President Edvīns Bērziņš.

FELB has introduced a weekly FCL service leaving Ganzhou every Thursday, running via Zabaikalsk and the Trans-Siberian route to reach Warszawa in 18 days and Hamburg and Duisburg in 20 days. There are connections for Italy, Sweden and the UK. A LCL service is planned.

From February 12 Intermodal Express, ADY Container and Hupac Intermodal are to offer ‘scheduled and reliable’ intermodal services between Europe and Iran, Azerbaijan, Turkmenistan and Kazakhstan via the Baku intermodal hub.