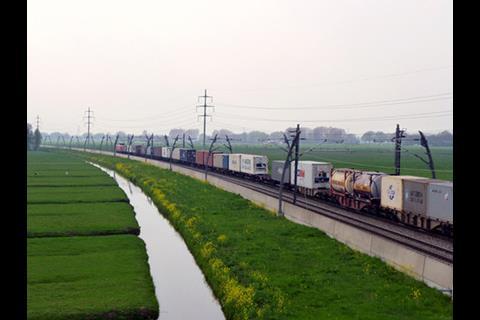 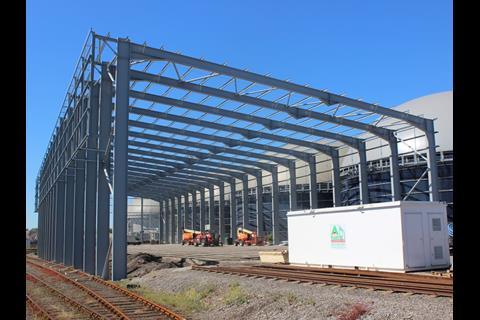 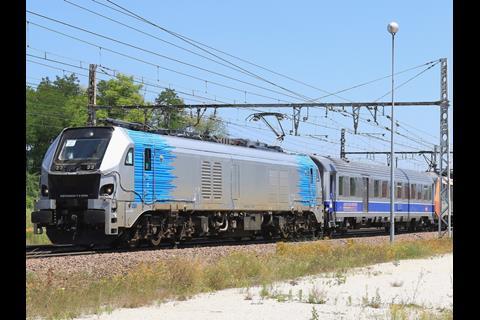 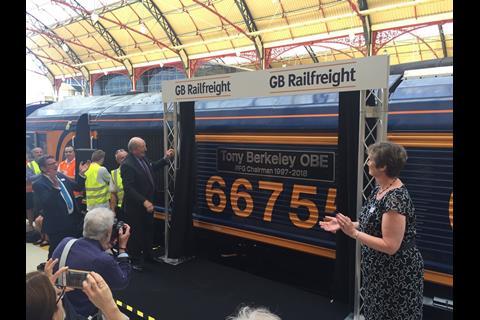 A part of government proposals to provide a more level playing field for rail freight, Dutch infrastructure manager ProRail and DB Cargo are to test the operation of 740 m trains on the Brabant line between Sloe and Dillingen in August. Increasing train length from the current maximum of 650 m would match changes being implemented in Germany and align with European TSIs. Along with a reduction in track access charges, the move could help to increase rail freight volumes from 42 million tonnes in 2016 to between 54 and 61 million tonnes in 2030.

Plaster and plasterboard manufacturer British Gypsum has awarded AV Dawson a long-term contract for the import of raw materials. These will arrive by ship at AV Dawson’s berth on Teesside in northeast England and be stored before being loaded into trains under a £1m purpose-built canopy for daily deliveries to the East Midlands.

The prototype Stadler Eurodual electro-diesel locomotive, which is being acquired by French rolling stock leasing company Akiem, was tested in both electric and diesel modes on June 26, using a section of the Paris – Lyon main line between Laroche-Migennes and Sens.

The Swiss government is proposing to include a SFr60m provision in its 2019 budget to fund rolling stock renewals for the car-carrier shuttle trains through the Lötschberg, Simplon, Vereina, Furka and Oberalp tunnels along with renewal of the loading terminal infrastructure.

To mark his retirement after 21 years as Chairman of the UK’s Rail Freight Group, during which he also served as President of ERFA, a GB Railfreight Class 66 locomotive was named ‘Tony Berkeley OBE’ at London’s Victoria station on June 28.

The Australasian Railway Association has welcomed proposals for a feasibility study to assess options for a rail link to connect Webb Dock with Victoria’s freight rail network. ‘The ARA is strongly supportive of expanding rail capacity at the Port of Melbourne, and providing rail infrastructure, both on and off-dock’, said ARA Chairman Bob Herbert.

Although COTIF’s technical provisions have mainly dealt with vehicles, the OTIF Committee of Technical Experts has agreed to develop provisions covering infrastructure. The aim is to promote compatibility between neighbouring networks, without compromising the coherence between international and domestic lines, although the committee recognises that the admission of infrastructure would remain a national competence. CTE has agreed a strategy to facilitate route compatibility checks by train operators, with procedures to be developed in co-operation with the European Union Agency for Railways.