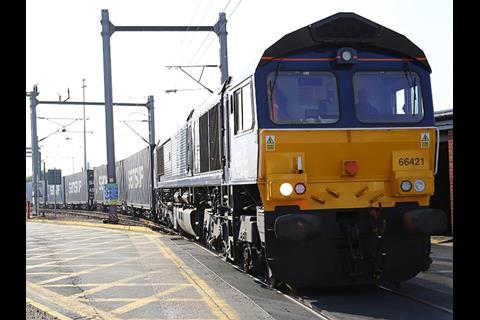 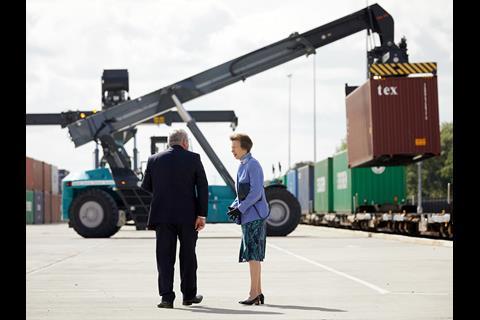 RZD Logistics has begun delivering Volvo cars from the factory in Chengdu to the Vorsino freight terminal outside Moscow. It expects to deliver 60 cars per month this year, and 1 000 cars next year.

The iPort Rail freight terminal at Doncaster in northern England was officially opened by Princess Anne on September 12. ’Following the official opening, from next week we will be running up to six trains a day, six days a week with a 24 h operation during those times‘, said Managing Director Steve Freeman. ‘We are already seeing very promising demand from the industry, particularly because of the benefits rail freight can provide when the road haulage industry is increasingly stretched.‘

On September 3 UK logistics company Eddie Stobart launched its first rail freight service from the Port of Tilbury, a four-month trial service running three days a week to supermarket company Tesco’s site in Daventry central England and twice weekly from Daventry to Mossend. The service is operated with Direct Rail Services, JF Hillebrand and Samskip. 'The ability to link London ports by rail to central Scotland is something we have been looking to launch for some time and the interest in this new service has been extremely encouraging', said Sector Director John Clark. ‘It is an exciting step that sees Eddie Stobart Logistics continuing to broaden its complete end-to-end logistics offering, while remaining focused on how we can offer environmentally conscious transport'.