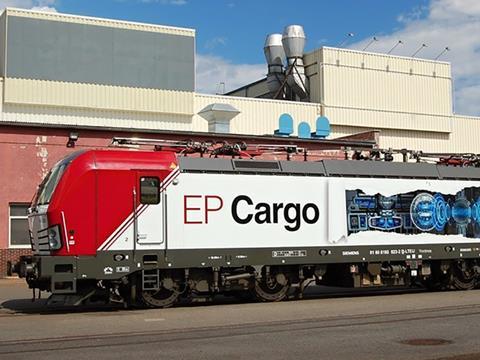 EP Cargo has ordered a further three Siemens Vectron MS locomotives equipped for use in the Czech Republic, Germany, Austria, Poland, Hungary, Romania and Slovakia, with an option for seven more. They are to be delivered in spring 2019 and initially used in Poland.

Under a 3·7bn rouble contract, Transmashholding’s Tver plant is supplying 83 Type 61-4505 and 24 Type 61-4504 postal vans to Russian Post, which will lease them from VTB Leasing before taking ownership after seven years. Some of the vehicles will be suitable for use with 1 435 mm gauge bogies and equipped with a device for lowering the height of the couplers to permit use in China.

On November 12 GATX announced that it had entered into an agreement to acquire a fleet of up to 3 100 wagons from ECN Capital Corp for $229m.

In an effort to improve throughput, Indian Railways is trialling the flighted operation of block coal trains on various routes.

Ken Russell of Russell Logistics has been elected Chairman of the UK’s Rail Freight Group in succession to Lord Tony Berkeley who retired with effect from November 7. Victa Railfreight Managing Director Neil Sime has been elected to the new post of Vice-Chairman, while Chris Swan, Head of Rail for Tarmac, has joined the RFG board. Executive Director Maggie Simpson becomes Director General.