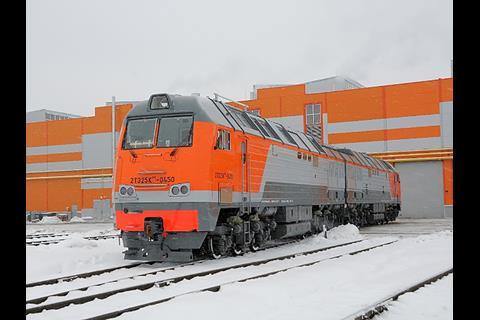 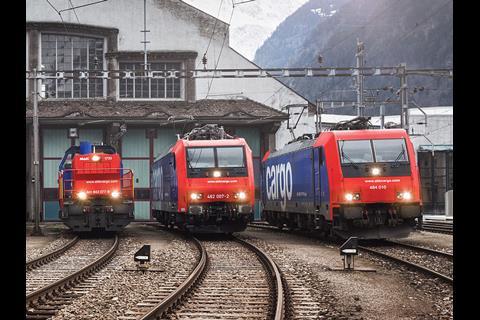 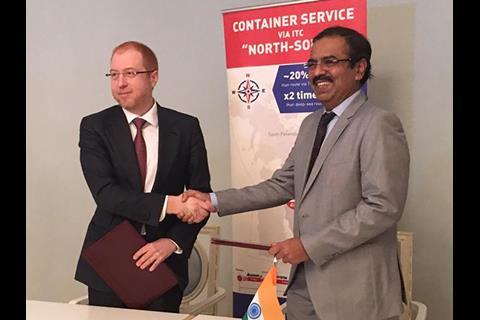 Transmashholding’s Bryansk plant has supplied a 2TE25KM twin-section diesel freight locomotive to Kazakh coal mining company Shubarkol Komir. The manufacturer said it was its first locomotive to be more than 90% assembled from components produced in Russia. The 2TE25KM design is used extensively by Russian Railways, and Siberian Coal Energy Co acquired three in 2016-18.

Italian company TPER's freight subsidiary Dinazzano Po has ordered two CZ Loko EffiShunter 1000 locomotives for use at its Reggio Emilia and Rubiera terminals, with an option for four more.

Container Corp of India Managing Director V Kalyana Rama signed an MoU with RZD Holdings on January 30 to support the development of intermodal traffic on the International North-South Transport Corridor linking India and Russia via the Gulf region.

From this month, 30 SBB Cargo drivers based in Olten will operate 10 trains per week from Mannheim to Chiasso using DB Cargo locomotives. The two companies have extended their Alpine transit freight operating agreement for a further three years from December 2019, with SBB Cargo to continue to operate about 130 trains per week from Mannheim or Basel to Chiasso for DB Cargo. There is a new target for 95% of trains to arrive within 60 min of the scheduled time, and operations are to be optimised when the Ceneri Base Tunnel opens in late 2020.

Under a two-year agreement, United Wagon Co subsidiary Unicon 1520 is to provide RusVinyl with a fleet of tank containers on flat wagons to facilitate the transport of sodium hydroxide for use in paper, metal and food production. The agreement covers Russia and port access via Finland and the Baltic states. ‘This partnership will simplify our logistics operations and give a further boost to our market competitiveness’, said Andrey Zhukov, Director of Logistics at RusVinyl, on January 30.

Russian mining and metals company Mechel’s transport business Mecheltrans has acquired 150 wagons from Altaivagon and RM Rail for 467m roubles. It has a total fleet of around 11 000 wagons and plans to buy or lease a further 1 000 open wagons this year. Mecheltrans CEO Alexey Lebedev said around 150 000 life-expired open wagons have been scrapped in Russia in the past for four years, about a quarter of the national fleet, which had contributed to a shortage of vehicles.