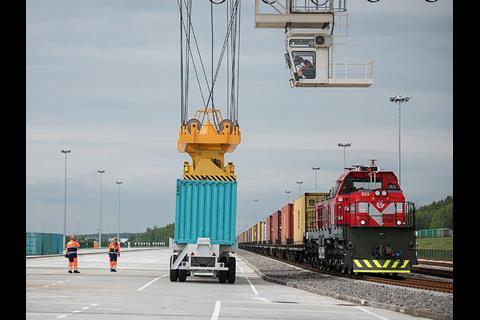 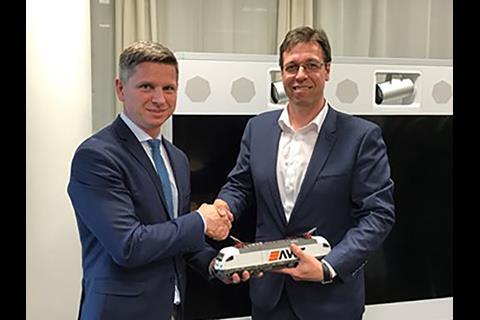 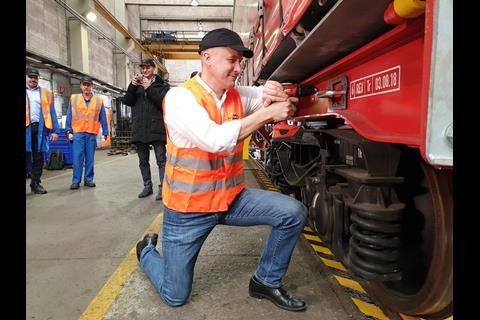 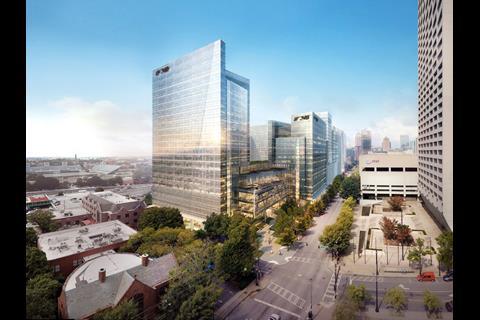 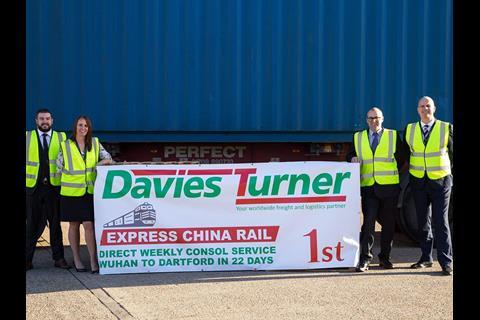 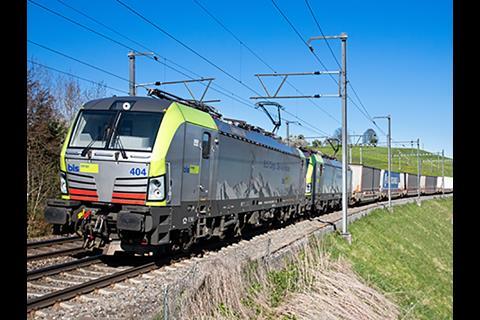 BLS Cargo has called for better co-ordination of engineering works on the trans-Alpine corridors to avoid disruption to freight traffic. It said this should include the avoidance of major closures before the December 2020 completion of work to clear the Gotthard corridor for 4 m high traffic, so that it can be used as a diversionary route.

Lithuanian Railways and the LINEKA association of 60 freight forwarders have signed a letter of intent for the joint development of intermodal projects in the Baltic States and Poland and to promote rail freight links to central Europe.

On March 26 Norfolk Southern held a groundbreaking ceremony for the building at Atlanta in Georgia which will become its new headquarters following the planned relocation from Norfolk, Virginia in Q3 2021. Atlanta-based Cousins Properties will oversee construction of the two office towers.

CRRC Yangtze has signed a contract to supply 264 coal hopper wagons to Aurizon. An initial batch of 132 of the 1 067 mm gauge wagons is to be delivered to Australia by the end of the year, with a second batch of 132 next year.

PKP Cargo company Advanced World Transport announced on March 27 that it had signed a contract for three Siemens Vectron multi-system locomotives, which will be equipped for use in the Czech Republic, Slovakia, Poland, Austria, Germany, Hungary, Slovenia and Croatia.

Rail Cargo Group CEO Clemens Först ceremonially attached the first SmartCargo telematics device to a Transant wagon on March 15. ‘For our customers, this means comprehensive information throughout the entire transport process’, he said. Rail Cargo Group and its technology partner A1 plan to fit 13 700 wagons with the position, motion and shock detection sensors by the end of 2020.

Bratislava-based inland shipping, port and logistics compnay Slovenská Plavba a Prístavy has taken delivery of the first of five Siemens Vectron multi-voltage electric locos it has ordered. SPaP is the official keeper, but it is not a licenced operator and so the locos will be used by other members of its parent group Budamar Logistics.

On March 26 PKP Cargo signed a 368m zloty contract co-financed by the EU for Tatravagónka to supply 936 container wagons in 2019-22.

Lineas Intermodal is now operating three trains per week carrying containers from Vercruyssen‘s 3MCT terminal at Westdorpe in the Netherlands for export via the ports of Antwerpen and Zeebrugge in Belgium. ‘The delivery of containers by inland shipping is at times highly susceptible to congestion on the waterfront of the large terminals at the Deurganck dock’, said Dirk Vercruyssen of Vlaeynatie. ‘In addition, we try to avoid road transport as much as possible due to traffic congestion. An efficient rail connection proved the better solution.’

Swiss operator BLS Cargo has announced that its sales were up 15·8% year-on-year to SFr235m in 2018, with profit up by SFr1·9m to SFr5·4m. The number of trains operated was down from 17 529 to 17 051, mainly due to engineering works, however tonne-km was up 9·9% with heavier trains on transit routes. It plans to acquire more interoperable locomotives this year.

ČD Cargo has launched a project to equip its locomotive fleet with ETCS by the end of 2022, supported by a grant from the EU’s Connecting Europe Facility. The programme covers 318 locomotives, including nine prototypes, with the work to be undertaken through a series of tendered contracts; the first two contracts covering 128 locos of classes 742,163 and 363 have been awarded, and an initial locomotive was equipped during March.

Davies Turner says it has seen a 195% increase in bookings for its Express China Rail weekly less-than-container-load service since it launched in November 2018. This uses rail from Wuhan to Duisburg, then bonded road transport to Rotterdam, ferry to Purfleet and road to its Dartford distribution centre. The scheduled transit time is 22 to 24 days, but 19 days has been achieved.

Freight One has completed a major renovation the Nikel tank wagon washing and steaming station. ‘Nikel WSS is the only specialised facility on the Yuzhno-Uralskaya Railway that is engaged in preparation of tank wagons for the transport of oil products and repairing tank cars’, said CEO Alexander Sapronov. ‘We implemented a new electronic system for wagon cleaning, which decreases the negative environmental impact and increases the production efficiency.’ The facility can process up to 310 wagons/day.

Kansas City Southern is to expand the deployment of the CloudMoyo Crew Management system it uses in Mexico to its operations in the USA. Based on the Microsoft Azure Cloud platform, this uses advanced analytics and machine learning technologies to optimise crew assignments and reduce dwell time for trains and crew.