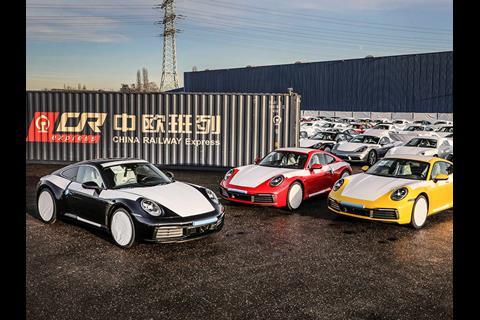 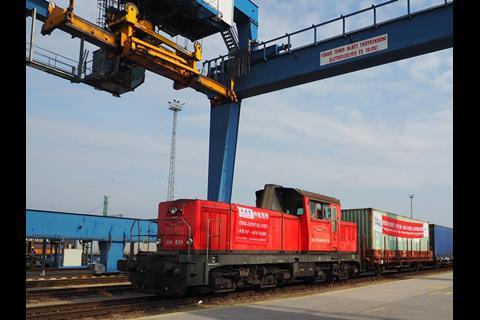 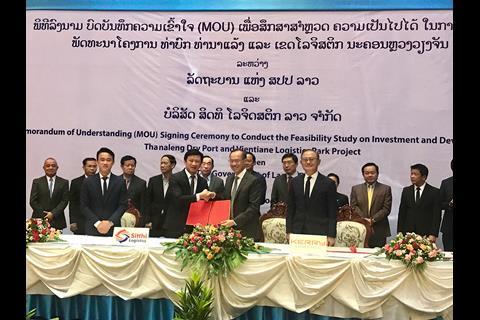 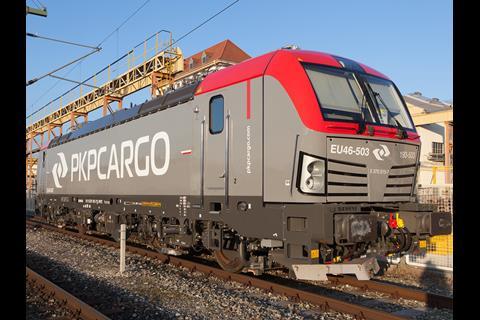 This month Porsche is to begin using rail to transport sports cars by rail from Germany to Chongqing in China. The company said around 80 000 cars/year are currently shipped to Guangzhou, Shanghai or Tianjin by sea, which takes 50 days; it expects to send 11% by rail with a journey time of around 20 days.

A joint declaration of intent for rail freight transport was signed by the Netherlands State Secretary for Infrastructure & Water Management Stientje van Veldhoven and Germany's Parliamentary State Secretary of Transport & Digital Infrastructure Enak Ferlemann in Berlin on April 9. A joint working group is to look at the operation of 740 m long trains, digitisation and automation including the cross-border testing of automated train operation.

The Association of American Railroads has welcomed an executive order regarding energy issued by the Trump administration on April 10, which aims to permit the transport of liquefied natural gas by rail.

Infrabel began work on April 5 to construct an 870 m link between the TCA intermodal terminal at Athus and the Franco-Belgian border at Mont-Saint-Martin. Trains can head towards Luxembourg using the dry port’s existing connection, but trains destined for France have faced complex routings. Construction of the chord and associated bridge works, signalling, electrification and terminal siding enhancements is covered under a multilateral €20m funding package backed by Infrabel, SNCF Réseau and EU sources. The project is being managed by Infrabel and terminal manager Idelux.

Texas Deepwater Partners has entered into a lease agreement with Shell Oil Products US to modernise the Deer Park Rail Terminal in order to load refined products on the Houston Ship Channel. On completion DPRT will have the capability of loading up to 48 wagons per day. The initial focus is on loading diesel, but there is the potential to further expand by adding storage capacity and facilities for handling additional refined products.

Rail Cargo Group’s first service from Xi'an to Budapest arrived at the BILK terminal on April 11, carrying containers of consumer goods. The service took 12 days to cover more than 7 000 km via Kazakhstan and Ukraine, which RCG believes can be reduced to 10 days.

On April 30 Schavemaker Logistics & Transport launched a direct service between Kąty Wrocławskie and the Dutch port of Moerdijk, with shipping connections to the UK. The transit time is 30 h.

A block train left Datong in northern China on March 30 carrying 41 containers with more than 1 000 tonnes of structural steel for the construction of the China-Belarus Industrial Park in Minsk. The journey was expected to take around 15 days. The second block train was scheduled to depart on April 15.

Savage Gulf Rail has awarded RailWorks Track Systems a contract to build rail infrastructure at a new storage and handling yard at a plastics manufacturing facility in Gregory, Texas. Scheduled for completion in 2021, the yard will be able to handle and store up to 1 100 wagons, with washing, loading and maintenance facilities.

On April 5 Kerry Logistics and local company Sitthi Logistics signed of a memorandum of understanding for the establishment of a joint venture to develop a rail-served dry port at the Vientiane Logistics Park in Laos.