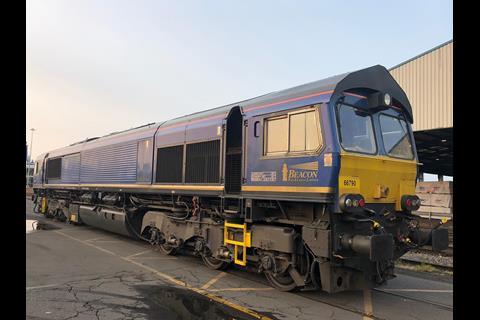 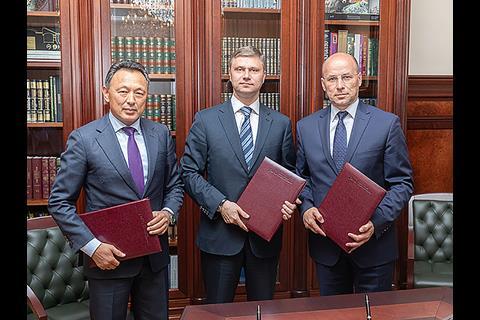 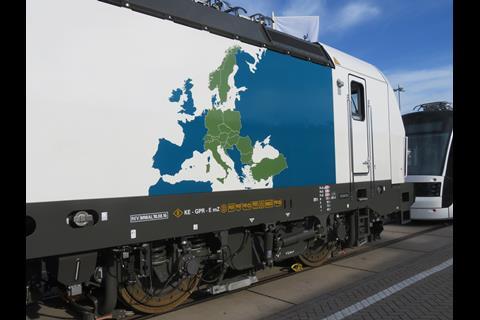 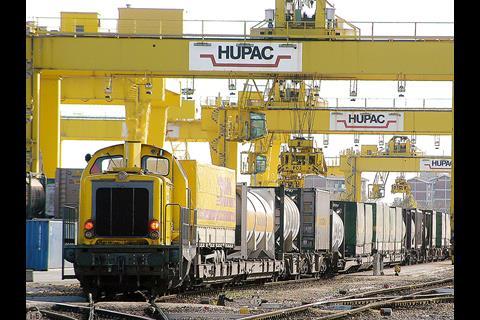 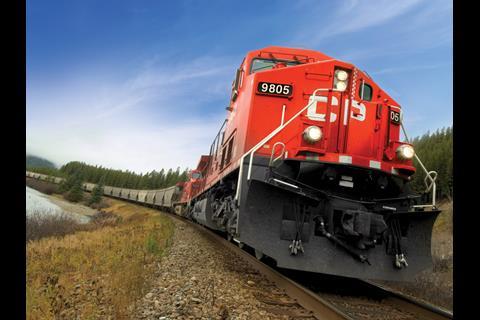 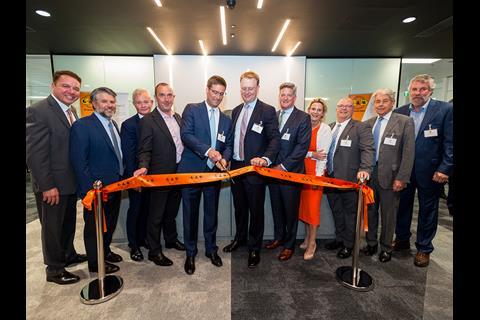 Polish operator Industrial Division has ordered five Siemens Vectron locomotives for use by its Cargounit subsidiary. Three are to be used on north-south intermodal services and two on east-west services. Bombardier Transportation had also bid.

Three EMD Class 66 locomotives currently used in Sweden are to be leased from Beacon Rail Leasing by GB Railfreight for use in the UK. Locos T66 403/4/5 will become 66 790/791/792 following upgrades in Göteborg and conversion to UK specifications at Progress Rail’s Longport site.

On June 4 the national railways of Kazakhstan, Russia and Belarus signed an agreement covering rights and obligations for the management of their equally-owned United Transport & Logistics Co - Eurasian Rail Alliance transit freight business. The agreement defines the dividend policy, the order of rotation of the position of the Chairman of the board, and the conflict resolution mechanism. ‘The joint implementation of UTLC is a great contribution to the development of Eurasian economic integration’ said KTZ Chairman Sauat Mynbayev. ‘And it is important to ensure close co-ordination and coherence of our actions’

Hupac and its ERS Railways subsidiary are to introduce a number of new intermodal routes this summer. ERS will launch three trains between Rotterdam and München, Nürnberg, Stuttgart on July 1, while increasing the frequency of its Rotterdam – Kornwestheim service from twice to three times per week. Hupac will also serve Wien, Budapest, Halkali, Ploiesti and Stara Zagora from Ludwigshafen starting in September.

KTZ Express subsidiary BTK Express said at the Transport Logistic trade show in München on June 5 that it hopes to build on the initial weekly service it has run since last year between Baku and the Turkish port of Mersin via Kars and Tbilisi. The recently completed Baku – Tbilisi – Kars railway could become an alternative to Eurasian transit routes via Russia, the company believes.

UK regulator the Office of Rail & Road has found ‘no grounds to re-open’ a 2013 investigation into alleged anti-competitive conditions in Freightliner contracts, which led to commitments from the operator that expired in April this year. ORR said there had been positive developments ‘both in Freightliner’s behaviour, and in the wider market’. Freightliner’s competitors were winning customers on key routes, while the consolidation of the shipping industry into three large consortia may have shifted the balance of power, ORR said.

Canadian Pacific has opened the Vancouver Automotive Compound to handle vehicles made in North America for distribution in British Columbia, northern Washington state and parts of Alberta, as well as vehicles imported through the Port of Vancouver. The site can handle 36 multi-level car-carrying wagons, and uses a new yard logistics system that automates processes and supports real-time reporting to give customers better visibility of their shipments. This also strengthens damage prevention processes by enabling immediate uploading of inspection images.

Malaysia’s Railway Assets Corp has invited companies to pre-qualify for a contract to supply diesel-electric locomotives and container wagons; local input will be required.

Genesee & Wyoming has opened an office in Birmingham to house its UK Shared Service Centre, which includes the UK finance and procurement teams, training and conference facilities and technology development staff.

Meridian Energy Group has signed a Letter of Intent for Watco to manage rail services at the Davis Refinery which is being built in in Belfield, North Dakota.

GB Railfreight has appointed Head of Strategy & Innovation Carl Kent as Head of Market Development with effect from June 17, succeeding Jonathan Bailey who is to join DFDS Seaways.