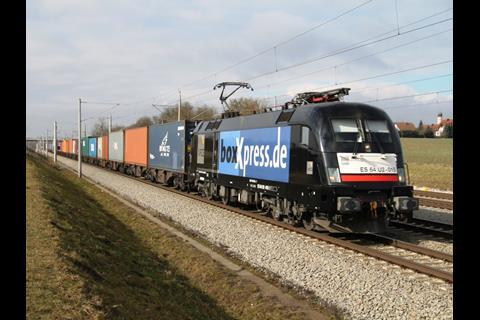 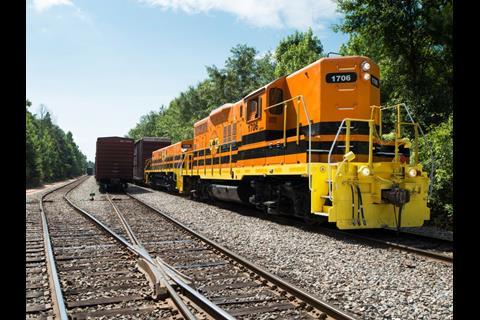 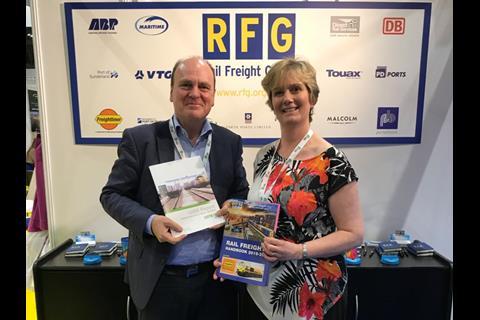 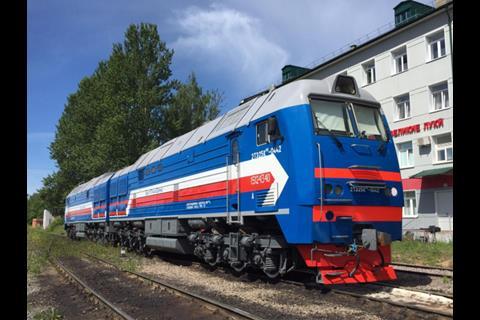 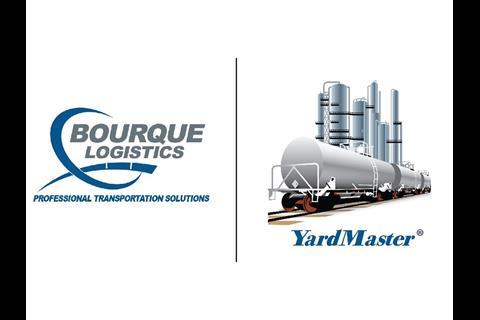 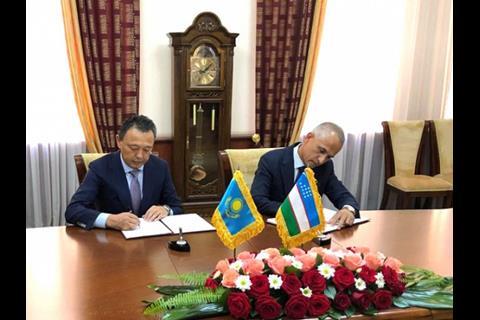 TX Logistik is to launch a thrice-weekly Ocean Rail Logistics service between the Port of Rotterdam and Kornwestheim near Stuttgart on July 1. 'The new service now also connects businesses in Baden-Württemberg with the busiest seaport in Europe', said Berit Börke, Chief Sales Officer at TX Logistik. 'We are using the boxXpress.de train system, in which we have been involved since its foundation and which has proven successful for many years in seaport hinterland transport to and from Hamburg and Bremerhaven, on account of its high stability and reliability.'

A $4m US federal Consolidated Rail Infrastructure & Safety Improvements Program grant awarded to the City of Dublin and $4m of investment by the operator will enable Genesee & Wyoming’s Georgia Central railway to be upgraded to accommodate higher axleloads and increase the maximum speed from 16 to 40 km/h on one-third of the main line.

International road-rail combined transport association UIRR has signed a Memorandum of Understanding with the UK’s Rail Freight Group to promote further growth of intermodal traffic. According to UIRR President Ralf-Charley Schultze, ‘the UK is one of four regions of Europe with an above-average growth potential for combined transport’, thanks in part to the opportunities for long hauls to and from mainland Europe via the Channel Tunnel.

On June 25 oil transport company BaltTransService formally put into service the first of 10 2TE25KM diesel locomotives which are being supplied by TMH’s Bryansk plant. The locomotives are expected to allow trains to be increased to 6 400 tonnes, making better use of available line capacity.

Bourque Logistics has licensed Quartz Precision Software’s volume correction code as part of an update of its YardMaster software for managing tank wagons operations and ensuring safe and optimised loading. The cloud-based technology is offered on Industrial Networks’ Mobile tablets.

Meeting in Toshkent on June 20 as part of the 18th session of the joint intergovernmental commission on co-operation between Kazakhstan and Uzbekistan, the heads of national railways KTZ and UTY discussed service quality improvements and the creation of favourable tariffs to attract more freight to rail. An agreement was reached to develop container transport, including the use of refrigerated containers on transit traffic between Russia, Iran, Afghanistan, and across the Caspian Sea.

Georgia Department of Transportation has been awarded a $2·6m federal Consolidated Rail Infrastructure and Safety Improvements Program grant to fund upgrading of infrastructure to permit higher axleloads on the state-owned Lynn – Cuthbert line which is leased by Genesee & Wyoming ‘s Southwestern Railroad.

Ukrainian manufacturer KVSZ is supplying Belarusian Railway with 500 open wagons, in an order financed by Belarusian leasing organisation Promagrolizing. All are scheduled to arrive by October.

Russian logistics company and wagon fleet owner Novotrans has acquired Global-Service, which provides freight handling services at the port of Ust-Luga where Novotrans is expanding its facilities.

German automotive transport and logistics group Mosolf is to launch a rail service for exporting European-built cars to China in containers using the Chengdu-Euro Express service between Łódź and Qingbaijiang. The company is leasing space in the rail-served terminal at Łódź operated by Spedcont.

On June 19 GB Railfreight operated its final coal train to EDF Energy’s Cottam power station in Nottinghamshire, which is due to close this year.

DB Schenker opened a new subsidiary in Bangladesh on June 26, replacing its former arrangement of using a local partner. Schenker Logistics (Bangladesh) Ltd will form part of the group’s India cluster, strengthening DB Schenker’s position as a leader in the global textile market. With offices in Dhaka and Chattagram, the business will focus on air and maritime freight, contract logistics and cross-border land transport.