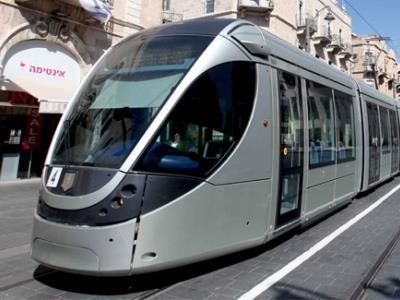 ISRAEL: On June 26 the Jerusalem Regional Planning Committee approved a 1·1bn shekel allocation from the Transportation Ministry’s budget to extend the city’s light rail line from Mount Herzl to Hadassah Ein Kerem Medical Centre. Total spending on the project is expected to be 4bn shekels.

Preparatory work has already started. According to the ministry, the 21·9 km extension will take two years to complete. Additional trams will be purchased to increase capacity to 250 000 passengers/day

‘The public transportation system in Jerusalem is going through a revolution that can be an example to other cities in the country’, said Transportation Minister Israel Katz. He explained that an extension was needed to serve the 30 000 visitors to the medical centre, as well as large numbers of staff.

The Red Line opened in 2011. It has been developed under a 30-year concession awarded to the CityPass consortium. The current fleet comprises 46 Alstom Citadis 302 trams.

Earlier this year Jerusalem municipality announced plans to build an extension from Kiryat Moshe to Har Nof. Katz said that the ministry is taking as its model European cities that have reduced car traffic and pollution by introducing trams.