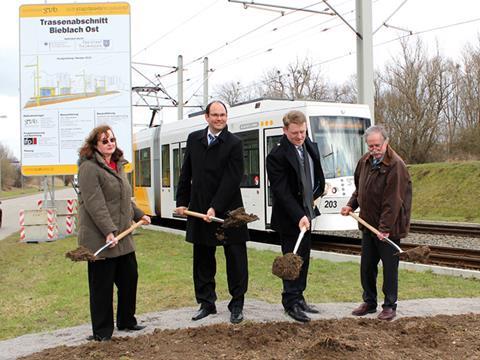 GERMANY: Work on the second phase of a project to modernise and extend the metre-gauge tram network in Gera was formally launched with a groundbreaking ceremony on April 12.

There are four elements to the programme. The Tinzer Straße - Bieblach-Ost route is to be upgraded to allow trams to run at higher speeds, with the stops rebuilt to provide easier access for passengers with reduced mobility. Tram services are to be segregated from other traffic on Wiesestraße, and the Gleisdreieck - Werner-Petzold-Straße route in Lusan is also to be modernised. A 3 km branch is to be built from Berufsakademie to Langenberg, adding four stops.