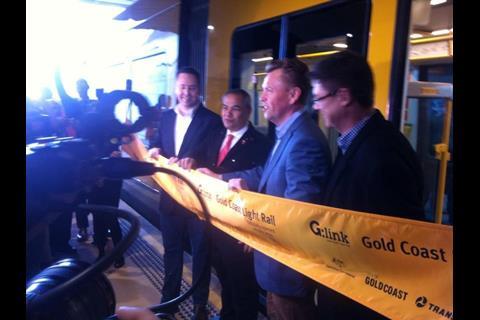 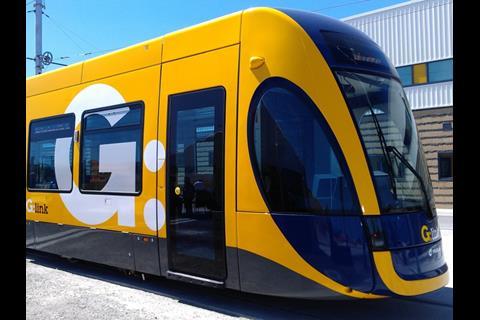 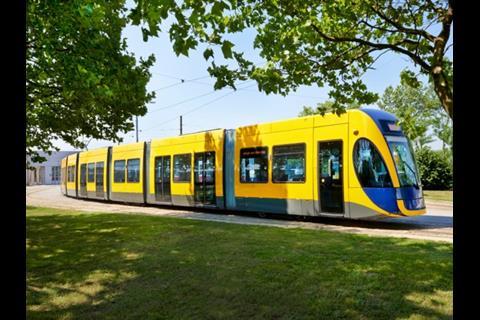 The line had been officially inaugurated the previous day by state Transport Minister Scott Emerson and local MP Rob Moelhoek, along with GoldlinQ Chairman John Witheriff and CEO Phil Mumford. With free rides and entertainment at stops along the route, around 80 000 passengers sampled the line on its inaugural day.

Built by the Goldlinq consortium of McConnell Dowell, Bombardier and Keolis under an 18-year PPP concession valued at A$1bn, G:Link is operated by the KDR Gold Coast joint venture of Keolis and Downer Rail. The 13 km line with 16 stops runs from Gold Coast University Hospital to Broadbeach via Southport and Surfers Paradise, and is worked by a fleet of 14 seven-section Flexity 2 low-floor trams.

Speaking at the inauguration, Gold Coast Mayor Tom Tate called for a northwestern extension to close the gap between the hospital and Helensvale station on Queensland Rail's Brisbane – Robina – Varsity Lakes line before the city hosts the Commonwealth Games in 2018. Longer-term plans also envisage a southern extension paralleling the coast from Broadbeach to Burleigh Heads and Coolangatta airport close to the border with New South Wales. However, the state government pointed out that no funding has been allocated for either extension.