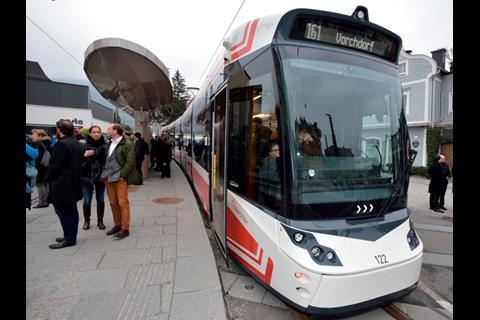 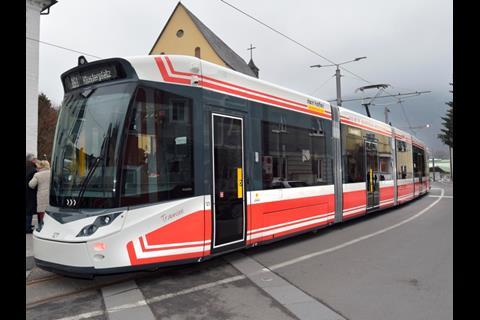 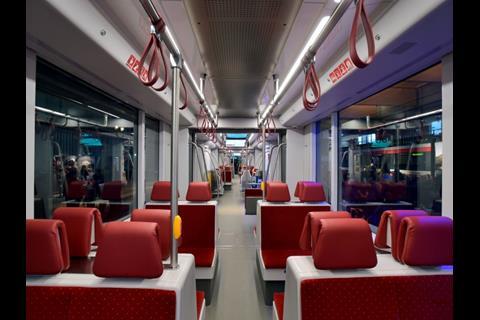 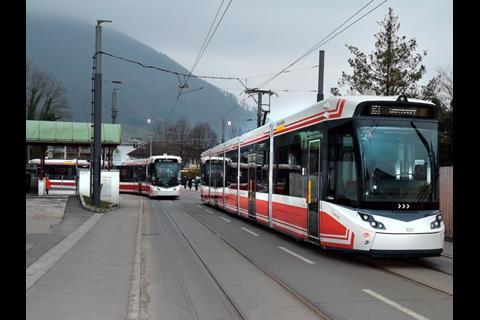 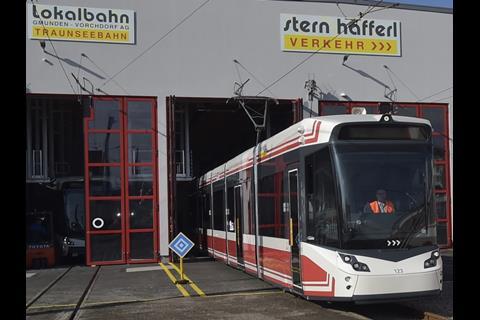 Stern & Hafferl signed a €30m order with Vossloh Rail Vehicles, now Stadler Rail Valencia, for 11 LRVs in January 2014. They are being built in Valencia, with electrical systems and traction equipment coming from Vossloh Kiepe’s plant in Wien. The order is being funded as part of Stern & Hafferl’s operating contract with the Land of Oberösterreich.

The three LRVs entered regular service on March 14 on the Traunseebahn local railway between Gmundner Klosterplatz and Vorchdorf, replacing trams on loan from Innsbruck that are due to return at the end of March. The other eight are to be used on a planned link between the Gmunden tramway and the Traunseebahn which is being built under the stadt.regio.tram project.

The five-section 100% low-floor vehicles are 30 m long and 2 400 mm wide with 75 seats and two multi-function areas. The air-conditioned LRVs are equipped with infotainment screens, LED lightning and power sockets.

The ceremony also inaugurated the expanded workshop at Vorchdorf, on which work started in mid-2014. The new 50 m by 30 m hall has two metre-gauge tracks, one 1 435 mm gauge track for Vorchdorfer Bahn trains and one dual-gauge track.