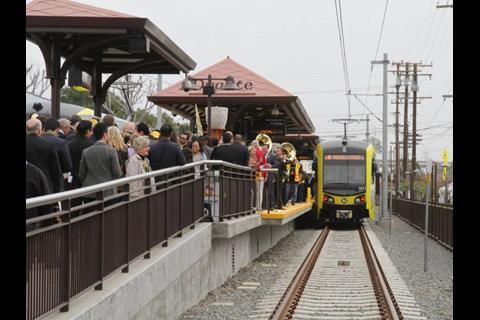 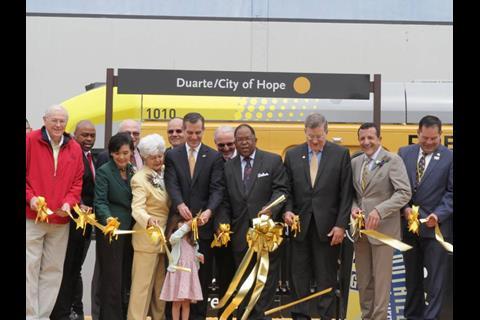 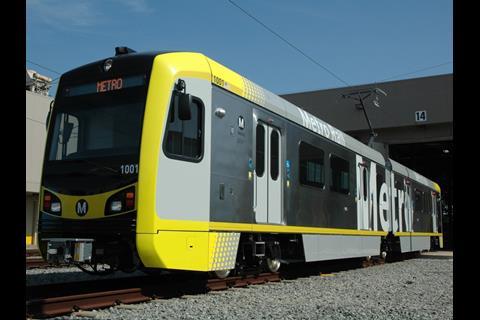 Adding six stations to serve the San Gabriel Valley, the $1·1bn extension was the first to be funded by the Measure R sales tax increase approved by Los Angeles County voters in 2008. The Construction Authority is already working on plans for a further extension to Claremont and Montclair, although this has yet to be funded.

To operate the line, LACMTA has put into revenue service the first of 235 P3010 LRVs being supplied by Kinkisharyo International under a framework contract awarded in 2012. To meet Buy America requirements, these vehicles are being assembled at a new plant in Palmdale, California, using components supplied from US and Japanese factories.

The LRVs are intended to operate on all of the city’s light rail lines. So far Kinkisharyo has delivered 21 cars for use on the Gold Line Extension and for integration testing on the other routes. Further vehicles are expected to arrive in time for the opening of the final phase of the Expo Line from Culver City to Santa Monica, which is currently scheduled for May 20.