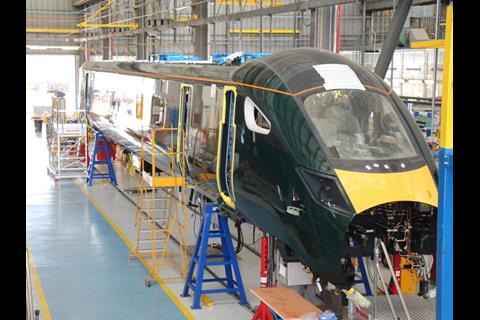 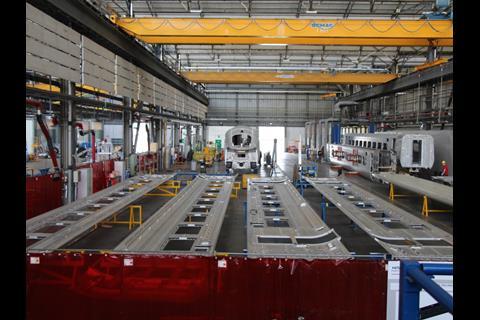 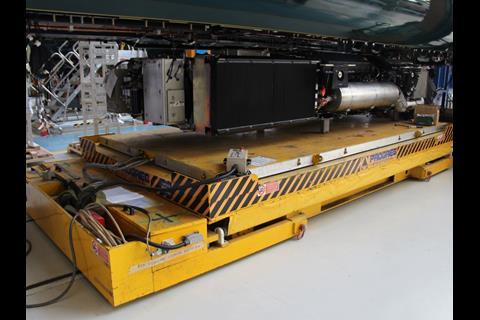 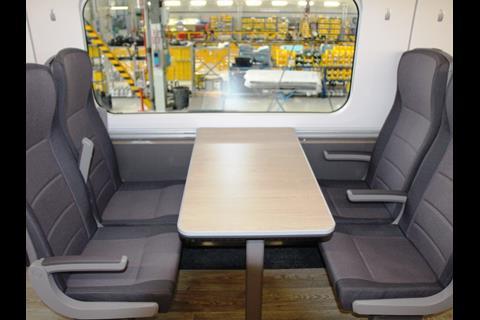 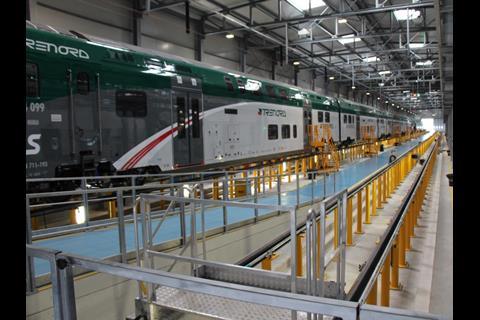 UK: Series production of the Class 802 electro-diesel trainsets for Great Western Railway’s West of England inter-city services between London, Devon and Cornwall is now getting underway at the Hitachi Rail Italy plant at Pistoia.

Hitachi is supplying 22 five-car and 14 nine-car AT300 units to the FirstGroup franchise under a contract with rolling stock leasing company Eversholt Rail. Two pre-series five-car sets built at the company’s Kasado plant have already been dispatched from Japan, with the first expected to arrive in the UK on June 17. They will be followed in August by a pre-series nine-car unit. These three trains are to be commissioned at Hitachi’s depot in Doncaster before starting test running from the Stoke Gifford depot near Bristol.

All 36 sets are due for delivery by the end of 2018, by which time Hitachi is due to have completed the similar Class 800 units being supplied for London – Bristol – Cardiff – Swansea services under the Department for Transport’s Intercity Express Programme.

Unlike the Class 800s, where complete bodyshells are supplied from Kasado for fitting-out at Newton Aycliffe, the friction stir-welded body panels for the Class 802s are supplied to Pistoia as ‘flat packs’ for local assembly using the same production line that assembled the ETR1000 high speed trains for Trenitalia. Components such as pantographs and brake equipment are largely being supplied by the same UK manufacturers as the Class 800 supply chain. Hitachi has invested heavily in the former AnsaldoBreda plant since taking over in 2015, including enhanced CNC machining capability and a new two-track testing shed which opened in November at a cost of €70m.

GWR Commercial Development Director Matthew Golton said delivery of the Class 802s and a related programme of infrastructure enhancements would ‘really transform’ the operator’s West of England services from the January 2019 timetable change. Electrification between Paddington and Newbury, plus changes to stopping patterns east of Exeter are expected to cut London – Penzance journey times by up to 14 min.