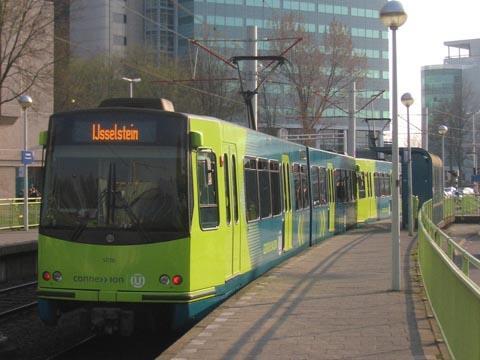 NETHERLANDS: Utrecht province’s tramway agency Regiotram Utrecht and Strukton Rail signed a new contract for maintenance of the Utrecht sneltram infrastructure on April 1. The contractor said the ‘groundbreaking’ maintenance concept would be ‘the first of its kind in the Netherlands.’

Strukton Rail has a five-year contract to maintain the Nieuwegein sneltram line from December 1 2013. Strukton Rail said both parties have now decided on ‘real co-production’, rather than a traditional division between the customer and its contractor. Based on practical experience, they have decided to focus on service quality, ‘thus developing a new maintenance concept that is more than a paper contract.’

The emphasis is on risk management and preventative action. Quality criteria have been tightened and made transparent to make sure that both the customer and the contractor have insight into the actions required under different circumstances.

The commitments are based on PAS 55 asset management requirements, which Regiotram Utrecht has adopted since December 2014.