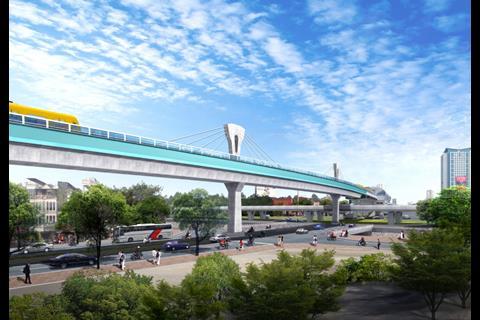 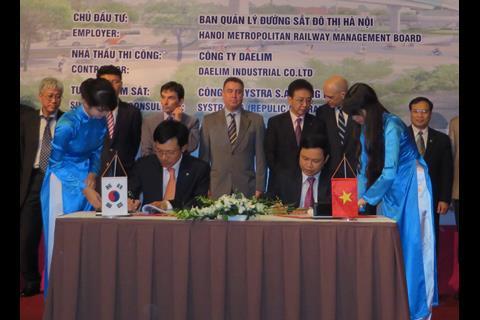 VIETNAM: South Korean construction firm Daelim Industrial Co announced on April 11 that it had been awarded an US$84m contract to build the 8·5 km elevated section of Hanoi metro Line 3. Work is scheduled to start in May and end in late 2016.

The initial phase of Line 3 is to link Hanoi’s main station in the Hoan Kiem district to Nhón in the east, with eight stations on the elevated section and four on a 4 km underground section at the eastern end. A 15 ha depot will be built at the western end, north of the NR 32 highway. An 8·5 km extension is planned in the longer term.