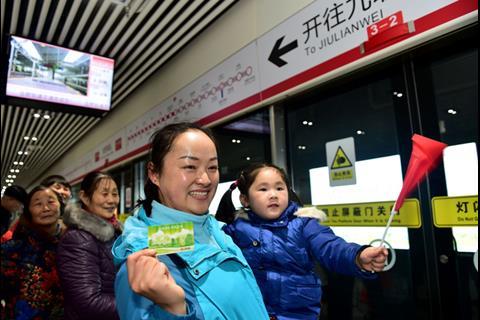 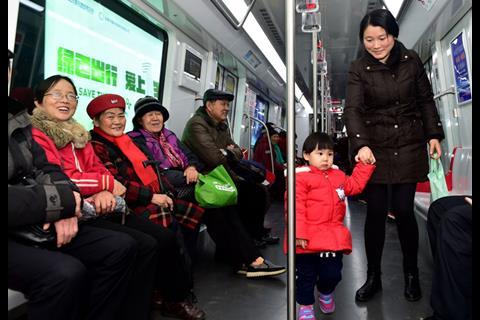 CHINA: The first two phases of Hefei's north-south metro Line 1 were formally opened for revenue service on December 26. From the following day, services are due to operate between 06.30 and 21.30 each day. The capital of Anhui province currently has around 3·5 million inhabitants, with much recent development to the south of the old city, around the high speed line station at Hefei Nan

Running entirely underground, the 24·6 km route runs south from Hefei Railway Station to Jiulianxu in the so-called Lake District, serving has 23 stations, including Hefei Nan. The shortest distance between two stops is 700 m and the greatest 2·4 km.

Formally approved in 2009, construction of Line 1 finally got underway in 2012 at an estimated cost of 13bn yuan. Test running on the first 1·4 km began in January 2016, following delivery of the first of 26 trainsets from Nanjing SR Puzhen Rail Transport Co. SelTrac CBTC has been supplied by the Thales SAIC Transport joint venture under a contract awarded in March 2014.

Line 1 is envisaged as the backbone of a planned eight-line network totalling more than 300 route-km, which is expected to be completed by 2020. The next to open will be the east-west Line 2, which is expected to open in July 2017; this will connect with Line 1 at Dadongwen. Line 3 is due to follow in 2019, running southwest – northeast via an interchange with Line 1 at Hefei Railway Station.