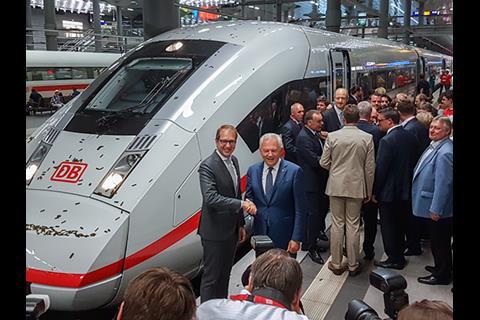 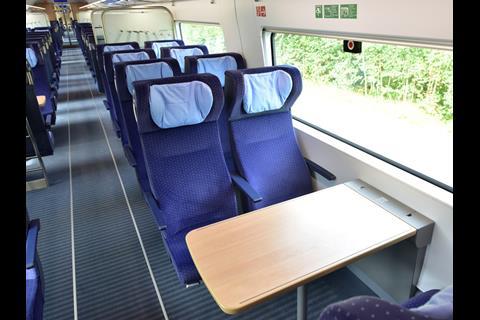 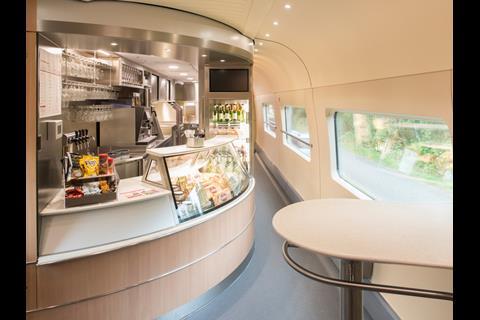 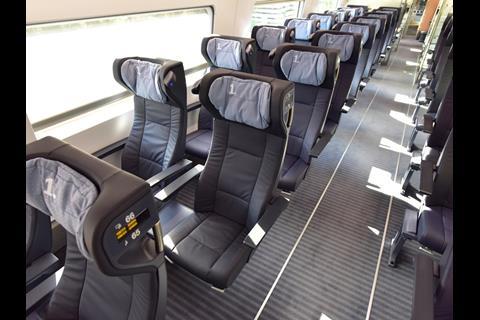 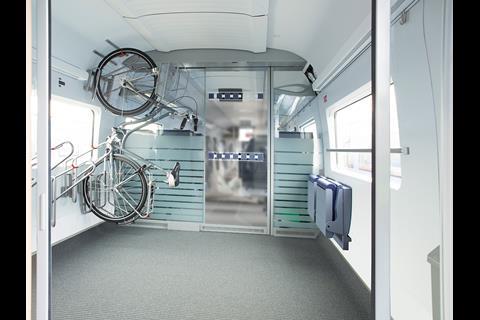 DB has placed firm orders with Siemens for 130 ICE4 (formerly known as ICx) trainsets under a May 2011 framework agreement for up to 300 sets. Bombardier Transportation has a 30% share of the project, including work on the exterior design, car bodies, bogies and some of the final assembly.

The ICE4 is designed to comply with the regulations for operating at 250 km/h. It is 100 tonnes lighter than a comparable ICE 1, with the use of laser welding reducing the number of connecting elements required in the bodyshell. Aerodynamic optimisation includes a new nose design, improved roofline transitions and bogie skirts on the end cars, and a continuous raised roof on the intermediate cars. As a result the energy consumption per seat is 22% lower than an ICE 1.

The traction equipment is concentrated in particular cars to provide flexibility in train formation, with each car operating autonomously and all controls located in the end cars. There are five car types, with 24 trainset configurations which can be matched to maximum speed requirements, route profiles and changing passenger demands.

The 12-car ICE4 is 346 m long, with 205 first class and 625 second class seats. There are four wheelchair places with two lifts for boarding and alighting. The seats are designed for long journeys, and can be adjusted without the shell moving and infringing the space of the passenger behind.

A parent-and-child compartment and a family area aim to turn the journey into a ‘fun experience’. There will be free wif-fi throughout the train, seat numbers and reservation signs are integrated into the headrests, and the real-time passenger information system provides details of connecting services. The LED lighting adjusts to the time of day, and the improved air-conditioning is designed to cope with temperatures up to 45ºC. The ICE4 is the first generation of ICE trainsets to carry bicycles, with eight cycle spaces.

‘The ICE4 ushers in a new era: it is the backbone of our future long-distance transport system’, said Grube. ‘We are planning to expand our range of long-distance rail services by 25% by 2030, linking up more and more cities and regions. This new flagship will make a lasting contribution towards the future viability of the DB Group.’

Several months of testing under real world operating conditions are planned to begin later this year before the expected entry into regular service in December 2017. During this introductory phase, two ICE4 trainsets will be used ‘occasionally’ on the Hamburg – Hannover – Nürnberg – München route.

New approval procedures are to be used for the ICE4, with all but two of the necessary certificates to be issued by third parties and then checked by the federal railway authority EBA. Siemens said this means the ‘countless documents and certification procedures’ can be spread amongst various test service providers at an early stage.

The ICE4 will gradually replace the IC and Eurocity fleets dating from 1971-91. At a later stage they will replace ICE1 and ICE2 sets, by which time the ICE4 will account for about 70% of DB’s long-distance passenger revenue.

At the unveiling, Dobrindt said the first generation of ICE trains launched 25 years ago had ‘heralded the dawn of a new era’, with export orders following, and he was confident that the latest generation of ICE would become ‘another showcase for quality made in Germany and an example of Deutsche Bahn's innovative leadership’. He said the ICE4 ‘is a key step towards the digital railway, a modern mode of transport for the gigabit society.’