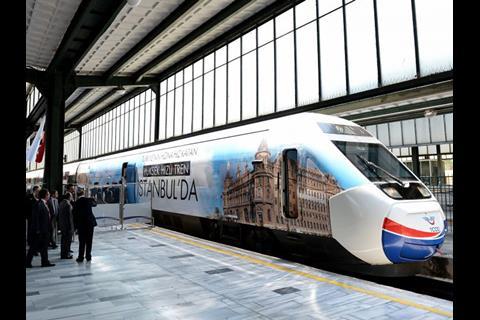 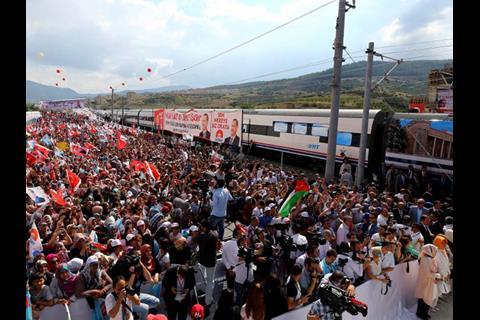 The latest section to open comprises 188 km of new alignment between Eskişehir and Köseköy plus a further 56 km of upgraded conventional line to Gebze at the eastern edge of the Istanbul conurbation.

An initial revenue service of six trains/day each way between Ankara and Penik in the suburbs of Istanbul was due to start the following day, with CAF trainsets operating at up to 250 km/h to give a journey time of around 3½ h.

Once upgrading work is completed services will be extended to central Istanbul, with a 3 h Istanbul – Ankara journey time envisaged. This is down from 7 h before the high speed line works began

Earlier in the day Erdogan visited the Tülomsaş plant in Eskişehir, where PowerHaul locomotives are under construction.