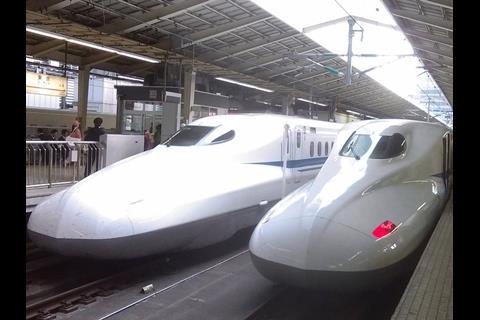 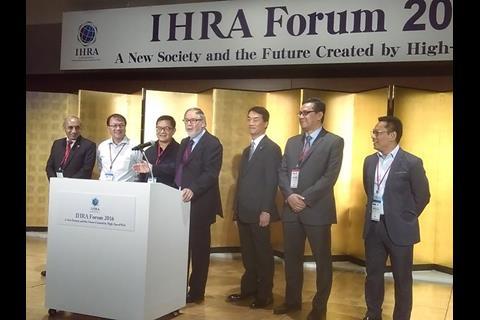 INTERNATIONAL: The ability of high speed railways to generate economic benefits and transform society was one of the themes underpinning the International High Speed Rail Association Forum, which brought together 286 participants from more than 20 countries in Kyoto on November 17.

Describing high speed rail as 'a game changer', IHRA Chairman Masafumi Shukuri said that it had the potential to transform society. He pointed to the Tokaido Shinkansen, now in operation for 52 years, suggesting that there was still a need to leverage the transformational impacts. Chairman Emeritus of JR Central Yoshiyuki Kasai noted that the line had created a single belt of cities that was the foundation of economic success for Japan.

IHRA Vice-Chairman Torkel Patterson reported that high speed rail had advanced considerably in the last two years with commitments to develop lines in India and between Kuala Lumpur and Singapore. 'We are not sure how they will be done, but they will be built', he said.

Speakers repeatedly reminded delegates of the need for co-operation, but this was no longer a certainty in a world coming to terms with drastic and unexpected changes exemplified by the Brexit vote and the arrival on the scene of President-Elect Donald Trump.

The use of an 'exceedingly innovative' financing model for the proposed 500 km Mumbai – Ahmedabad project supports suggestions that work could begin in 2018 with opening in 2023. N K Singh, Chairman of India’s Fiscal Responsibility & Budget Management Review Committee, said that 81% of the cost would be funded under a 50-year loan at 0·1% interest with a 15-year moratorium. Singh confirmed that land acquisition was already in progress and that technical details were being discussed.

However, Jyotiraditya Scindia, Chief Whip of India's Congress Party, saw a 'tremendous opportunity' for 'semi-high speed' rail, suggesting that 7 000 to 8 000 km could be 'quickly upgraded' for trains to run at 160 to 200 km/h.

Higher speed rail was also likely to be the preferred option in Australia in the short term where the need was to cut commuting times into the main cities, according to Mike Mrdak, Secretary at the Department of Infrastructure & Regional Government.