High speed trainset to be converted for freight 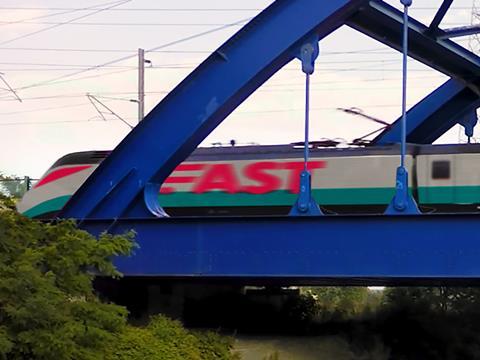 ITALY: National freight operator Mercitalia has revealed plans to convert an ETR500 high speed trainset to carry freight. The Mercitalia Fast service would be aimed at the market for time-sensitive shipments, with customers expected to include couriers, logistics operators, manufacturers and distributors.

The ETR500 would be equipped for the rapid loading, transport and unloading of 700 x 800 x 1800 mm roll containers. The 12-car set would have a similar capacity to two Boeing 747 cargo aircraft, Mercitalia said, with CO2 emissions 80% lower than road transport.

The initial service from Caserta near Napoli to the Bologna Interporto terminal is expected to be launched in October, with an average speed of 180 km/h giving a journey time of 3 h 20 min. Expansion of the network to include Torino, Novara, Milano, Brescia, Verona, Padova, Roma and Bari would follow.

‘With the new Mercitalia Fast service we will use the high speed network for freight transport’, said Mercitalia Logistics Managing Director Marco Gosso on April 6. ‘Our goal is to offer a tailor-made service to customers who need to deliver goods quickly, reliably and on time.’