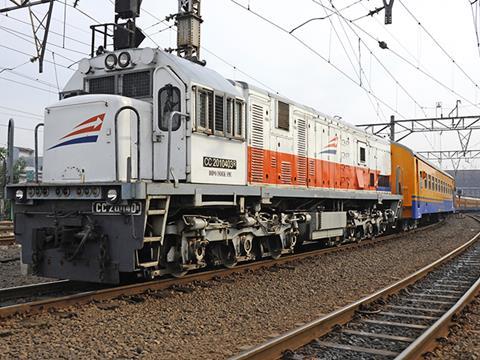 INDONESIA: The engineering, procurement and construction contract for the 142 km Chinese-backed high speed railway between Jakarta and Bandung was signed in the capital on April 4.

The contracts was signed between a consortium of Chinese and local companies at a ceremony held at the headquarters of state-owned engineering group Wijaya Karya. Among the attendees was China’s ambassador to Indonesia Xie Feng, who said that the project had the full support of the two governments and would be completed on schedule in 2019. Negotiations are ongoing between the construction consortium and China Development Bank to finalise a US$4·7bn funding contribution.

A 50-year design build operate maintain concession was agreed in March last year. This would take effect on May 31 2019, when construction and commissioning of the US$5·5bn railway is expected to be completed. The concession is held by the Kerata Cepat Indonesia Cina consortium in which China Railway International Co Ltd holds a 40% share. Domestic participants include Wijaya Karya, toll road operator Jasa Marga and national train operator PT KAI.