Speed increase on the Tokaido Shinkansen 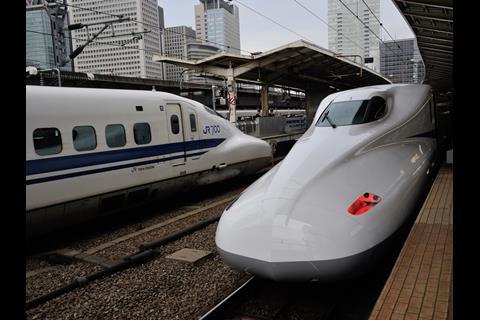 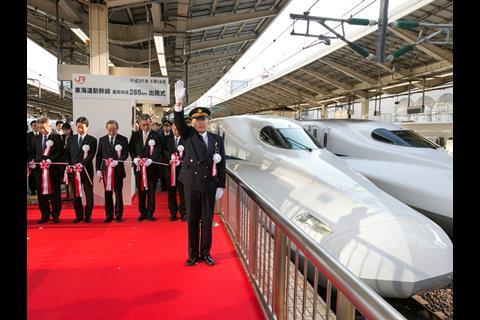 JAPAN: Central Japan Railway increased the maximum speed of its premium services between Tokyo and Shin-Osaka from 270 to 285 km/h with effect from March 14, cutting journey times by 3 min for 29 of its 37 Nozomi trains each day.

The speed-up follows trials with two trains conducted between February 2012 and October 2014 which led to JR Central modifying its fleet of N700 and N700A trainsets. Modifications include disc brake adjustments to achieve a shorter braking distance, a measure considered essential to ensure trains can be halted as quickly as possible if the Shinkansen’s earthquake detection system is triggered. The 285 km/h maximum is permitted only on straight track, the limit in curves being set at 275 km/h.

Completion of the modification programme means that the N700A’s body tilting system operates in curves of any radius from 2 500 m to 4 500 m, and the same applies to versions of the N700 that have been updated to achieve the same level of performance. Unmodified Series 700 trains tilt only when passing through curves of 2 500 to 3 000 m radius.

Improvements to the track near Nagoya and Kyoto have allowed the line speed limit to be raised from 170 to 230 km/h; the digital train control system has also been altered to accommodate the higher speeds.