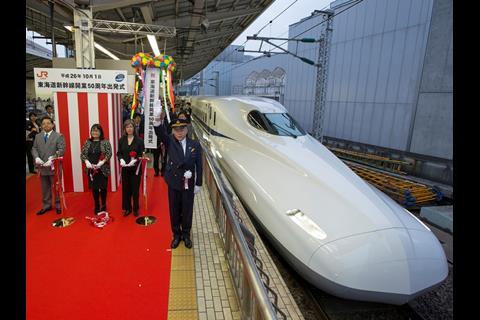 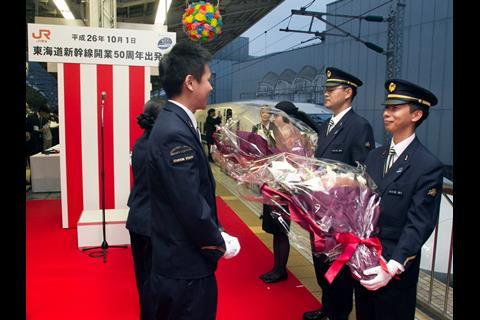 JAPAN: Celebrations were held in Tokyo on October 1 to mark the 50th anniversary of the opening of the world’s first high speed line, between Tokyo and Shin-Osaka.

The current operator of the Tokaido Shinkansen, JR Central, re-enacted the launch with a ribbon-cutting at 06.00 before dispatching the first train of the day. Whereas the original Series 0 trainsets took around 4 h to cover the 515 km at a maximum of 210 km/h, the latest Series N700A sets running at up to 285 km/h offer a fastest timing of 2 h 25 min.

JR Central pointed out that during 50 years of operation, no passengers had been killed in a train accident on the high speed line, which has now carried more than 5·6 billion passengers. ‘The Tokaido Shinkansen has greatly contributed to Japan’s economy, culture and society’, said JR Central President Koei Tsuge, adding that it has become ‘a symbol of Japan’s technology’.