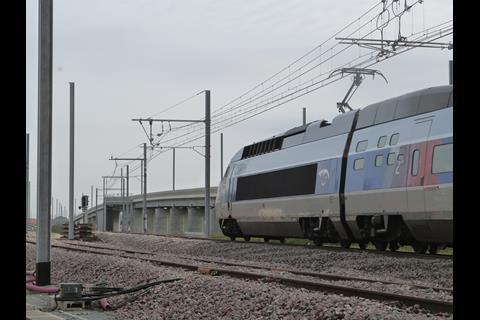 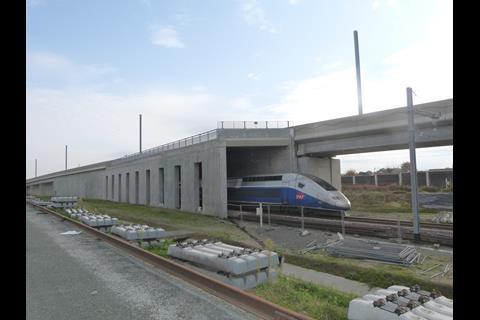 FRANCE: Transport Minister Alain Vidalies announced on September 26 that the government intends to proceed with plans to extend the high speed network from Bordeaux to Toulouse and Dax.

The decision in favour of what is known as the Grand Projet Ferroviaire du Sud-Ouest reverses the negative finding of a 2014 enquiry into the public interest of the scheme. This had concluded on March 30 2015 that the benefits did not justify the estimated €8·3bn cost.

Explaining his decision, Vidalies said that France should not ‘fall behind’ in developing the ‘Arc Méditerranéen’, while European support for the project was also a factor. The ministry’s proposal will now be submitted to the Conseil d’Etat for formal approval.

Adding a further 327 route-km, the line would run south from Bordeaux for 55 km, before dividing to form an inverted Y-shape. The eastern branch towards Toulouse would have stations serving Agen and Montauban, while the western route to Dax would include a station north of Mont-de-Marsan. A station for regional high speed services provisionally called ‘Halte Sud Gironde’ is also proposed south of the junction.

Assuming that the project can be funded, the Bordeaux – Toulouse section would open in 2024, followed by Bordeaux – Dax in 2027. The new line would permit a Paris – Toulouse journey time of 3 h 10 min, with Bordeaux – Marseille trips cut to about 4 h.

A second phase of the project is also proposed. This envisages the construction by 2032 of a 91 km mixed-traffic line from Dax to the Spanish frontier, which would be designed for 220 km/h operation.