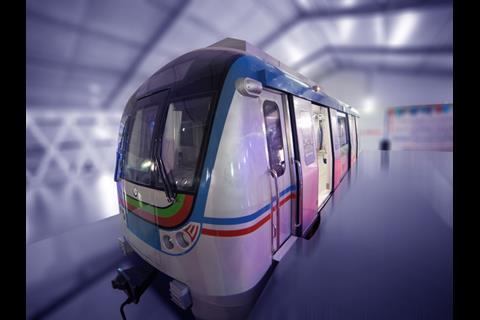 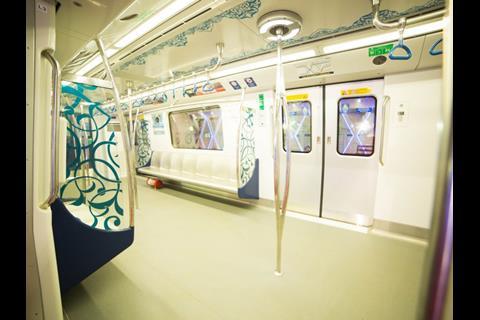 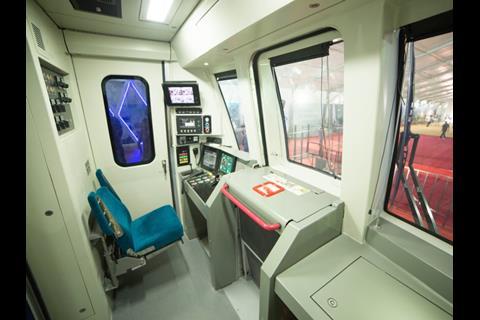 INDIA: Andhra Pradesh Chief Minister N Kiran Kumar Reddy has unveiled a prototype of the new metro cars which Hyundai Rotem is to supply for the Hyderabad metro under an Rs18bn contract signed in 2012.

The stainless steel prototype is half the length of the cars ordered, which would be 22 m long and 2 900 mm wide, with capacity for 330 passengers. The driverless metro will initially use three-car formations, with six-car formations to be introduced at a later stage. Designed for a top speed of 80 km/h, the average speed is likely to be around 40 km/h. The cars would be equipped with interior and exterior CCTV cameras, power sockets for charging laptops and mobile phones, and LED passenger information displays in three languages. The first three cars are expected to arrive by March 2014, followed by a further 21 a year later.

According to Hyderabad L&T Metro Rail (Hyderabad) Managing Director N V S Reddy, 20% of the 72 km network has been completed so far, as well as 80% of the Nagole depot and 50% of the Miyapur depot. The elevated metro will be the first in India to use communications-based train control. Initial headways would be between 3 and 5 min, eventually shortening to 90 sec.