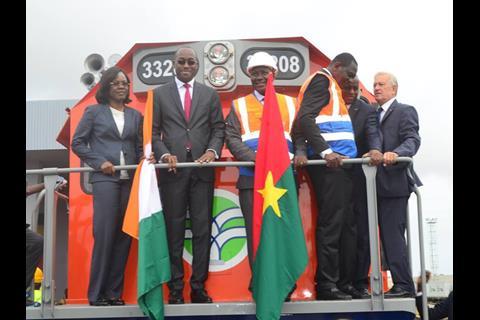 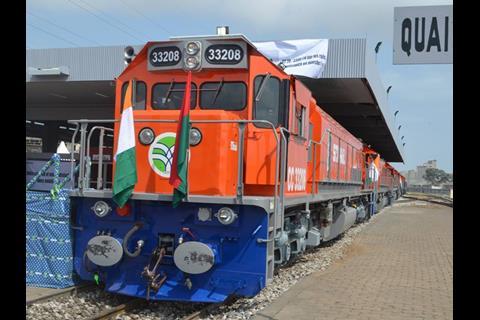 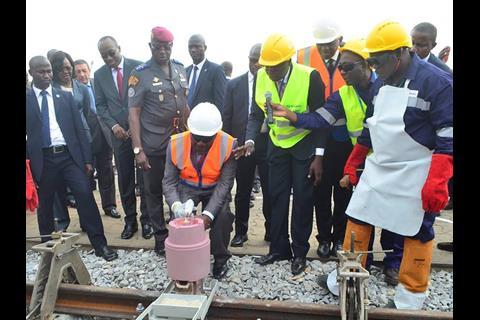 AFRICA: Work to rehabilitate the 1 260 km metre-gauge railway from Abidjan in Côte d’Ivoire to Ouagadougou and Kaya in Burkina Faso was launched by Ivorian Prime Minister Daniel Kablan Duncan with a ceremony at the renovated Treichville station in Abidjan on September 9.

Duncan said the aim of the modernisation is to reposition the railway as a key driver of economic and social development in the two countries.

The line is managed by concessionaire Sitarail. Parent company Bolloré Group said it had committed to investing €400m over five years in modernisation of the route. This will include track and structure rehabilitation, diversions of the alignment to optimise traffic flow and reduce journey times, and restarting passenger services to 10 closed stations north of Bouaké.

Bolloré Group is also investing €15m in the rolling stock fleet, with the first six of 15 diesel locomotives which are scheduled for delivery to Côte d’Ivoire by April 2016 having entered service in early September. It will also introduce air-conditioned coaches to replace the existing passenger stock.

Bolloré Group said the investment demonstrates its ‘determination to fulfil the long-awaited aspiration for a West African rail loop’. This 2 740 km loop would comprise the Abidjan to Ouagadougou line, a proposed new line linking Ouagadougou to Niamey in Niger and Parakou in Benin, rehabilitation of the existing line to Cotonou and a new link to Lomé in Togo. A concession agreement for the construction and operation of the Cotonou – Niamey section was signed with the two governments on August 13.