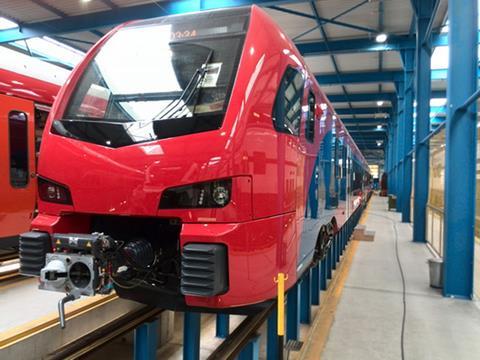 SERBIA: A consortium led by Alstom and RZD International and including local partner Institut Mihajlo Pupin has signed a contract to supply signalling systems for an upgrading of a section of the Beograd – Pančevo route by the end of 2016. This project is designed to support an increase in commuter services and international freight traffic to Romania.

Announcing the contract on September 15, Alstom said its €10m share of the work was Alstom Transport’s first project with a Russian partner outside the 1520 mm gauge area, and its first signalling contract in Serbia. The scope included the supply of a Smartlock 400 electronic interlocking covering around 16 km between the Pančevo Bridge over the Danube in Beograd and Pančevo station.

The modernisation is being financed by Russia (85%) and Serbia (15%), with work already underway and expected to continue for the next five years.

The deal comes two months after Alstom and RZD International signed a memorandum of understanding for co-operation in the international market.

‘We are proud to be a partner of RZD International in the modernisation of the Serbian railway network’, said Thibault Desteract, Senior Vice-President of Alstom Transport for the CIS Region. ‘This project will open the door to further synergies between RZD and Alstom to serve our customers in and beyond the 1520 mm gauge market.’