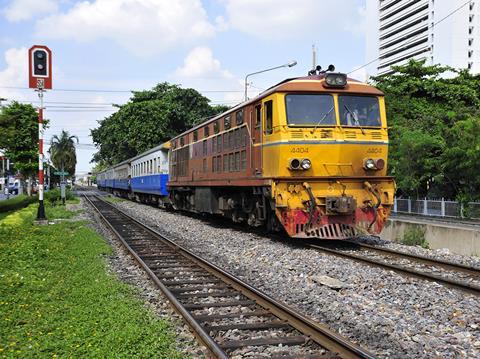 THAILAND: State Railway of Thailand has awarded a consortium of Thales and local partner River Engineering a contract to design, supply and install ETCS Level 1 on four sections of the Northern, Northeastern, Eastern and Southern lines radiating from Bangkok.

The project is expected to take two years. It covers 48 stations in an area from Lop Buri in the north to Nakhon Pathom in the south and Map Kabao in the northeast. The longest section to be equipped covers 21 stations from Hua Mak to Laem Chabang.

Announcing the contract on September 19, Thales explained that its ETCS Level 1 could be overlaid on the existing national signalling systems with minimal disruption, and could boost capacity by up to 40%.