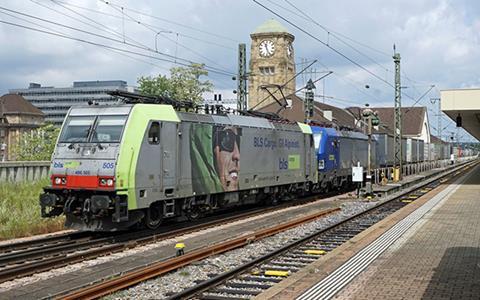 SWITZERLAND: The Federal Office of Transport has formally approved the four-tracking of the Rhein Valley main line north of Basel in order to boost freight capacity on a key access route to the trans-Alpine rail corridors.

The decision announced on November 3 covers the critical 3·1 km section of the Rhine-Alpine freight corridor from the north bank of the River Rhein through Basel Bad station to the German border. Although owned by the German federal railway asset authority Bundeseisenbahnvermögens Deutschland, this section runs entirely within Swiss territory, so BAV is responsible for planning and construction approvals.

Due to be completed by 2027, the quadrupling forms part of the ongoing rebuilding of the Mannheim – Karlsruhe – Basel route, which has been underway since 1996. 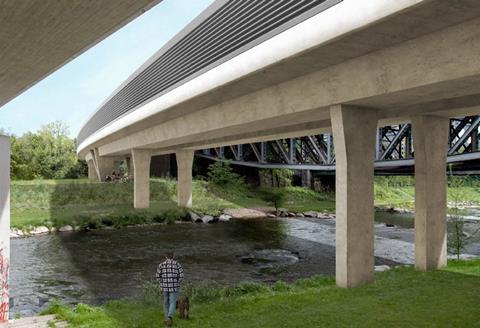 Artist’s impression of the new bridge to carry the additional tracks over the River Wiese north of Basel Bad. (Image: DB Netz)

DB has committed to additional measures beyond its original proposals including the provision of derailment detection, fire protection and speed limiters, in order to protect against accidents involving dangerous goods. Noise barriers will be also installed, bringing the estimated total cost to SFr260m. This will be largely funded by Germany. 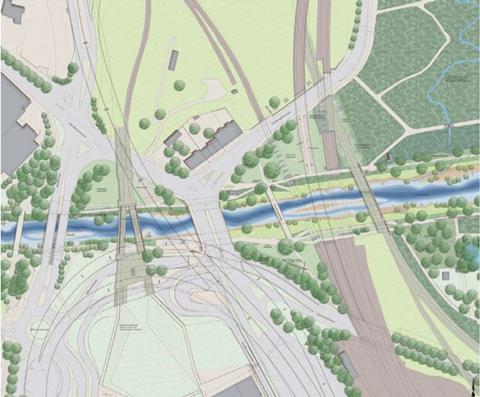 Although DB is not expecting to complete the entire route modernisation between Karlsruhe and Basel until 2040, Germany has committed to implement ‘transitional measures’ to ensure that more freight trains can run over the route in the medium term. Current Swiss President Simonetta Sommaruga announced May 2019 that agreement had been reached for a number of smaller infrastructure and timetable improvements to enhance freight capacity on the NEAT access routes, including modernisation of the junction at Offenburg.