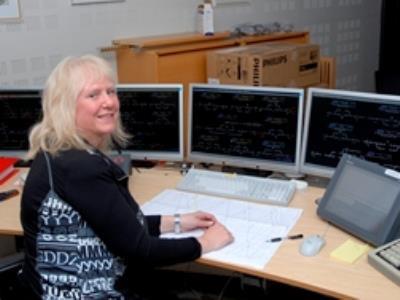 NORWAY: Infrastructure manager Jernbaneverket confirmed on April 17 that control of its Bergen - Geilo line had been successfully switched to a new control centre. This is a key step in its three-year programme to resignal the entire Bergen - Honefoss route, which is due to be completed by the end of May.

Faced with the problem of obtaining spares for its obsolete ECTC interlocking installed in 1979, Jernbaneverket decided to replace the entire CTC installation with a new Siemens Vicos interlocking, under a design and construct contract valued at NKr61m. As well as resignalling the existing stations, the project includes the introduction of intermediate block posts to increase line capacity.

CTC has been used widely in Norway since the first installation on the Ofotbanan in 1963, but the Bergen line is the last of Norway’s main lines to be provided with a modern remote control system, according to project manager Kjell Atle Gullbraa.

Installation of the Vicos equipment on the Bergen line began last year, along with an IP-based communications network using an optic fibre backbone. Following the transfer of control for the Bergen area, the remainder of the route will be migrated to the new control centre over the next two months, concluding with the Hol – Hønefoss section.