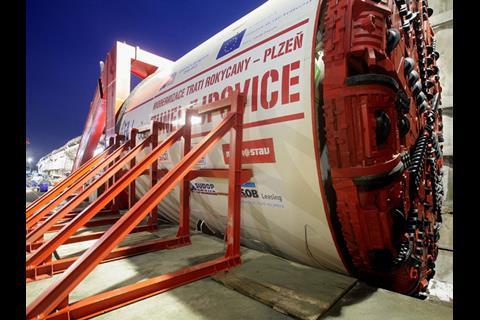 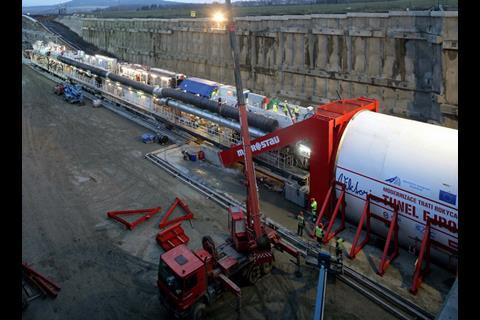 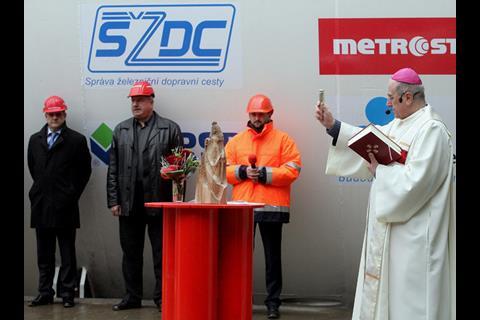 CZECH REPUBLIC: Boring of the Czech Republic's longest rail tunnel was ceremonially launched on February 3. The two single-track bores under the Chlum and Homolka hills near Kyšice will be 4 150 m long and are the main feature of the modernisation of the Rokycany – Plzeň section of SŽDC's Corridor 3.

The tunnels are being bored using a Type S-799 TBM supplied by Herrenknecht of Germany, which contractor Metrostav says is the largest TBM to be deployed in the Czech Republic.

The KC3·9bn project is being carried out by a consortium of Metrostav and Subterra. The EU Cohesion Fund is to meet 76·44% of the cost.

Completion is due in mid-2017. Once upgrading of the route for 160 km/h is completed, the journey time between Praha and Plzeň will be reduced to under 1h.