Brenner Base Tunnel boring to start this year 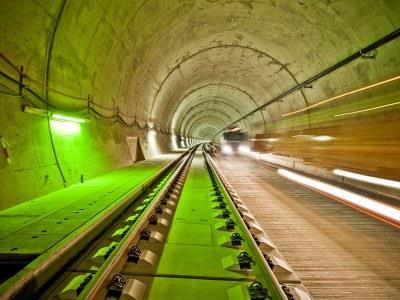 AUSTRIA: Excavation of the main bores of the Brenner Base Tunnel is set to start this year, after the government gave the formal go-ahead as part of the 2011-16 railway investment framework approved on February 1.

Work on the 55 km twin-bore tunnel will be launched from Innsbruck in the north and Fortezza in the south, with excavation of the central section between Ahrental and Trens planned to start in 2016. Work on exploratory tunnels is already underway.

Austria will spend €1·3bn by 2016. The base tunnel is the centrepiece of TEN-T Priority Project 1, the Berlin - Palermo corridor, and the EU will provide €1bn by the end of 2013. This is the largest investment of all 30 EU Priority Projects. European Co-ordinator Pat Cox said the decision to go ahead 'reflects the progress that has been made on both sides, by Austria and Italy, in recent months on this important TEN-T priority project.'

European Commission Vice-President Siim Kallas said the base tunnel will make 'a crucial contribution to the modal shift from road to rail and to the protection of the sensitive Alpine environment'.