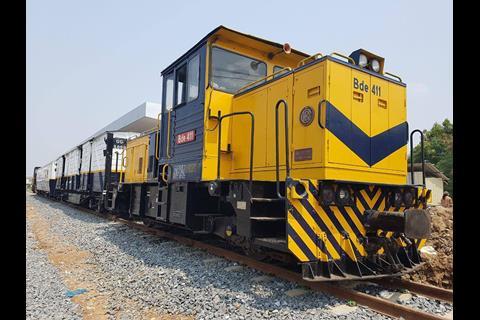 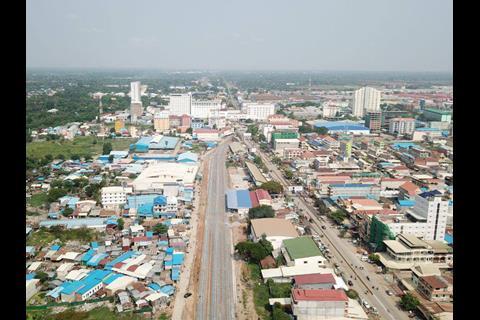 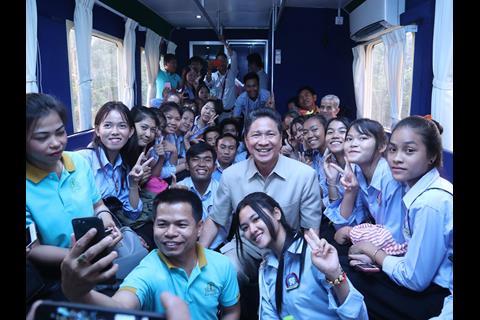 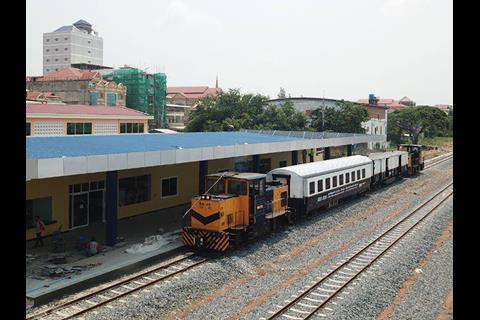 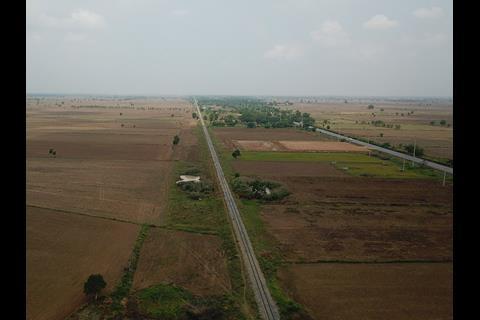 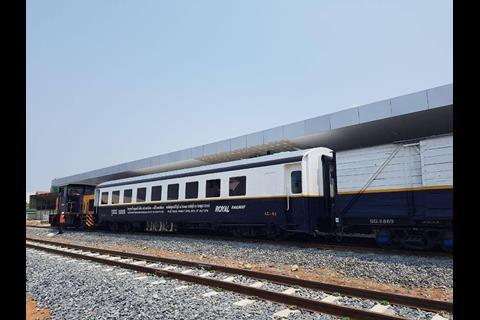 CAMBODIA: Passenger services have been launched on the reinstated 48 km section of the line between provincial capital Sisophon and Poipet on the border with Thailand.

The service operated by national railway concessionaire Royal Railway was inaugurated by Minister of Public Works & Transportation Sun Chanthol an April 4. There are three round trips per day, serving four intermediate stations and taking around 1 h 15 min. Travel is free of charge until August 1.

The service is to be extended from Sisophon to Phnom Penh once the rehabilitation of the remainder of the metre-gauge northern main line is completed later this year, although a date has not been fixed. Negotiations are also underway with Thailand to enable trains to use a 1·3 km cross-border connection to the Thai rail network, which would enable a Phnom Penh – Bangkok passenger service to be operated in the future.

The ministry said the revived line would facilitate the transport of agricultural produce, and help to attract investment and create jobs. It would also be an important link in a developing international corridor running from Bangkok to Ho Chi Minh City in Vietnam.

The 386 km line connecting Phnom Phen to the Thai rail network was completed in 1942, but damaged by fighting in the early 1970s. In 2009 the Asian Development Bank and the Cambodian government agreed to fund reinstatement, and work was launched with a groundbreaking ceremony in Poipet on July 25 2014.